Our 18 Acadie-Bathurst Titan
by
LHJMQ/QMJHL 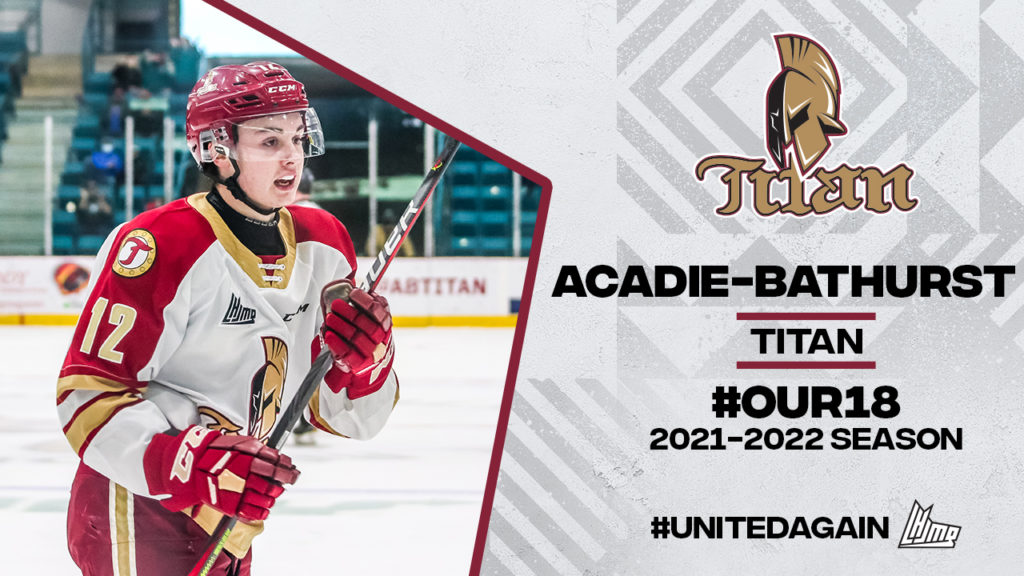 The Acadie-Bathurst Titan punched its ticket to the postseason last spring for the first time since 2018 and, not to be outdone, advanced to the second round. The hope is that it was just the next step in a long climb back to the contender’s circle for this group.

Several returning Titan forwards put the league on notice last season and the pro scouts took notice as well as evidenced by the selections of Riley Kidney (Montreal Canadiens), Cole Huckins (Calgary Flames) and Jacob Melanson (Seattle Kraken) at the 2021 NHL Entry Draft. Overager Bennett MacArthur will be looking to capitalize on a runaway post-Christmas tear that saw him pot 21 goals in the final 18 games of the regular season. Adding to the arsenal is Hendrix Lapierre, the 2020 Washington Capitals first rounder who makes his way to Northern New Brunswick after a blockbuster trade with the Chicoutimi Sagueneens back in June.

A pair of veterans in Jaxon Bellamy and Cole Larkin will be relied upon to carry much of the load defensively while also acting as offensive catalysts. Among the key returnees joining the tandem are Latvian Harijs Brants, Zach Biggar and Lane Hinkley, among others. Finally, Detroit Red Wings prospect Jan Bednar and Chad Arsenault, one of the revelations of the early part of last season, represent a formidable duo in goal.

Veteran Head Coach Mario Durocher and his staff have several weapons at their disposal to take this Titan squad on an even deeper postseason run. Regardless of whether or not that becomes reality, their attempt will no doubt feature an exciting brand of hockey.