Our 18 | Sea Dogs Ready to Make a Splash 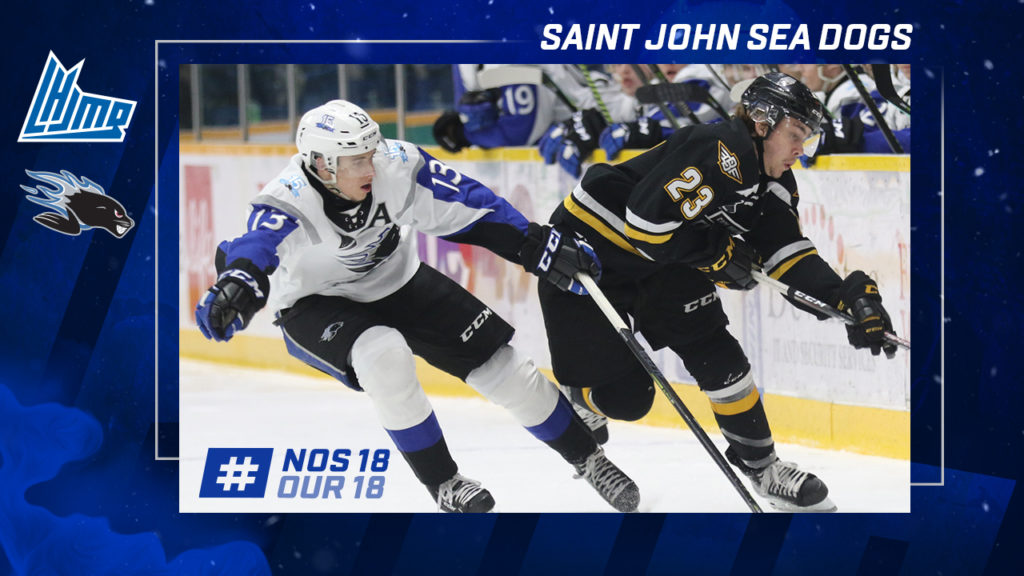 As early as 2018, the mandate of the Saint John Sea Dogs was to land among the league’s elite in 2020-21. Now comes the test for a club that, due to a deep building process and circumstance, has not been afforded a true practise run.

Though the club hasn’t made an appearance in the QMJHL postseason since the night it hoisted the President Cup in 2017, an accumulation of prospects acquired over the years appear more than ready to end that streak.

Up front, this includes winger Brady Burns, who paced the Dogs with 27 tallies last campaign. Josh Lawrence and Dawson Stairs, who each just missed the 20-goal plateau in the shortened 2019-20 season, will look to continue their steady improvement while Joshua Roy, the first overall selection at the 2019 QMJHL Draft, enters camp following a 44-point rookie season, good for eighth among all first-year players last year.

Not to be outdone, a training camp deal sees this group solidified with the acquisition of Vladislav Kotkov from the Chicoutimi Sagueneens. Attention will also be paid to a pair of 2019 draftees who have elected to report to Saint John. Centers Peter Reynolds and Cam MacDonald will make their league debuts after successful performances with Chilliwack (BCHL) and Sioux Falls (USHL), respectively. Expect 2020 third overall selection Leighton Carruthers to be eased into the lineup.

The Sea Dogs blueline has definitely been built to beat opponents offensively. Led by the top two scorers among QMJHL defensemen last year, William Villeneuve and Jeremie Poirier will be looking to lead the charge from the Saint John back end as well as earn selections at the 2020 NHL Entry Draft. Complimenting them will be Christopher Inniss, a key acquisition from the Rimouski Oceanic in June, as well as Charlie DesRoches, who rather quietly racked up 33 points last season.

Manning the crease will be Creed Jones, picked up from the Rimouski Oceanic in a training camp trade while Noah Patenaude challenges for starts in his second QMJHL season. With this personnel in its arsenal, the key for the Dogs, who gave up the most goals in the “Q” last season, will be finding a way to shore up defensively as a team.

Taking the reigns of this talent pool is former Calgary Flames bench boss and long time pro and junior coach, Greg Gilbert. A three-time Stanley Cup champion with the New York Islanders and Rangers, Gilbert’s most recent stint as Head Coach was a five-year period guiding the OHL’ Saginaw Spirit from 2011-16.

The Sea Dogs blueprint has been drafted for three years. Now, followers of the league will be eager to see how the master plan in the Port City transfers from paper to ice.