Our 18 | Revamped Tigres looking to claw up the standings 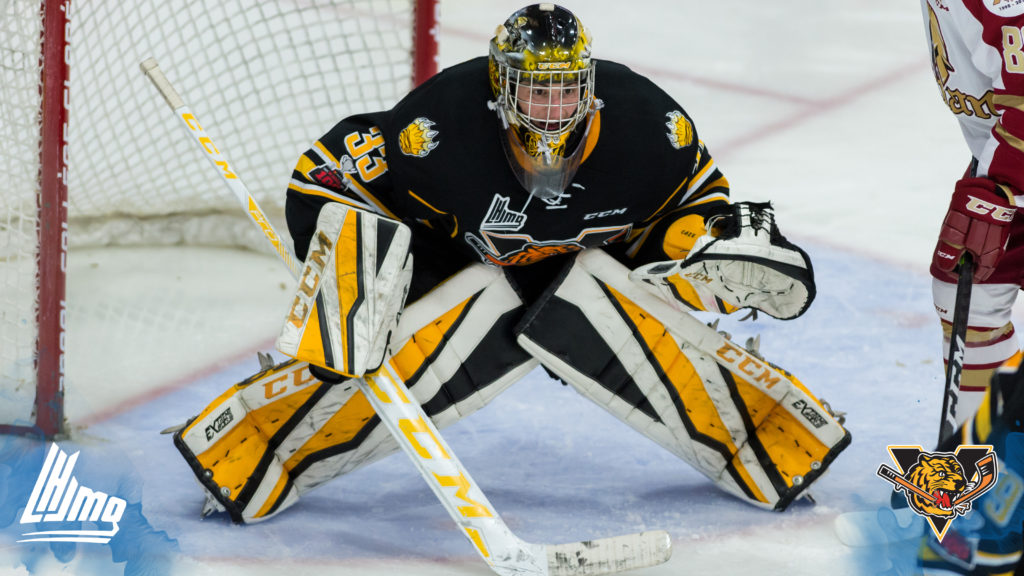 The Victoriaville Tigres committed the 2018-19 campaign to retooling a roster that had reached the President Cup Semi-Finals the previous year. After reaping the rewards of some of that handywork last season, the club will be setting its sights on continuing their climb in the standings.

One of the primary reasons why the Tigres managed to earn 30 regular season victories and a second-round playoff appearance, despite trading away key veterans in the 2018 off-season, was the success of not one but two European players. Both of whom will return to the squad this year.

Winger Egor Serdyk led the Tigres – as well as all “Q” rookies – with 65 points while his centerman, Mikhail Abramov, finished third among freshmen with 54 points. Both would hear their names called at the 2019 NHL Draft by the Philadelphia Flyers and Toronto Maple Leafs, respectively. The club will also be banking on a pair of veterans in Anthony Poulin and Olivier Mathieu, both of whom proved valuable after arriving via trades last winter, particularly in the postseason. A wildcard could emerge in 19-year-old Ukranian-born winger Alexander Peresunko, who has put up impressive number early on in training camp.

Just as impressive as their offensive production was the Tigres commitment to team defense. On the back end, second-year skater Sean Larochelle should be able to carry an increased load following the graduation of former top defenseman Dominic Cormier. Overager Jerome Gravel will continue to provide the steady, stay-at-home presence that has made him a fixture on the Victoriaville blueline over the past two seasons. As for another 20-year-old, goaltender Tristan Cote-Cazenave will continue to provide dependable work between the pipes after posting 20 victories and 5 shutouts in 2018-19, en route to a spot on the league’s Second All-Star Team.

After perhaps catching some teams by surprise last year, it will be up to the Tigres, now another year more experienced, to stay ahead of the pack in 2019-2020.

Here are a few Tigres promotions that could be of interest to you this season:

And the main themed games and events for the season:

The Tigres are looking forward to seeing you at the Colisée beginning on September 20th!

Suicide Prevention talk today
The QMJHL, AQPS and CMHA team up to raise awareness about mental health
18 hours ago