Our 18 | Onward and Upward in Shawinigan

Shawinigan Cataractes Our 18
by
Will MacLaren 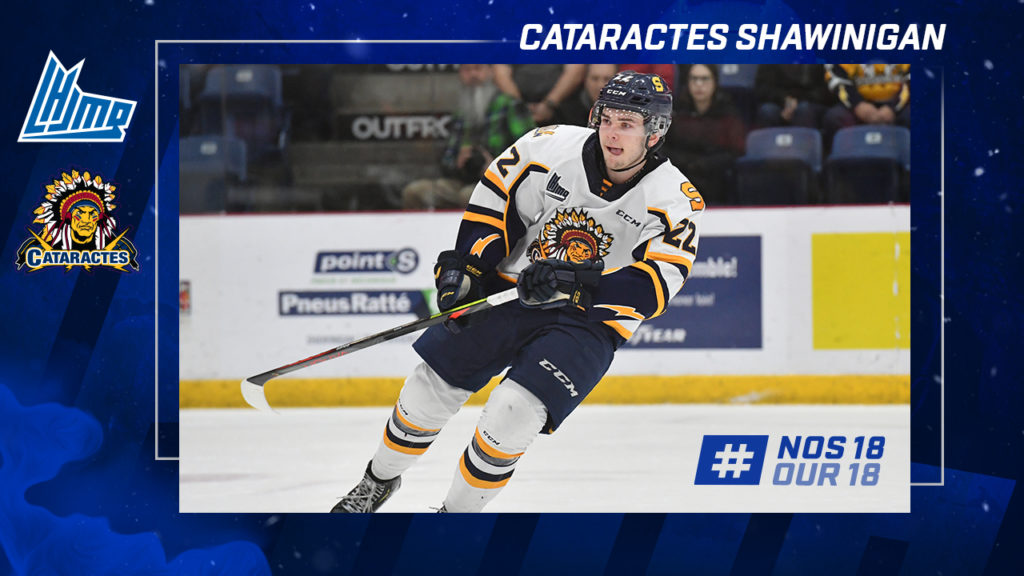 When the league-wide shutdown due to COVID-19 occurred in March, the Shawinigan Cataractes squad looked poised to take another step in the development of its core group. Though not presented a chance to test its mettle in the postseason last year, it’s a safe bet that the league’s oldest franchise will continue its upward trend as members of the newly reconfigured East Division.

Many of the key pieces responsible for the club’s 27-point improvement in the standings last year (with five fewer games played) are back in the mix, including a pair of highly ranked prospects for the 2020 NHL Entry Draft in centers Mavrik Bourque and Vasily Ponomarev. Fellow center Xavier Bourgault, who led the squad with 33 goals in 2019-20, returns for a third tour of duty with the club. All told, six of the top seven scorers from last year’s squad find themselves back in Shawinigan with a group that finished seventh in goals scored in the last Q campaign.

A defensive group that could be somewhat leaky at times in previous years remains largely intact, albeit with another year of experience under its belt. Veterans Marc-Antoine Pepin and Leon Denny will be the stabilizing forces on the back end while Felix-Olivier Chouinard, who accounted himself well after arriving from the Quebec Remparts during the trade period last winter, gears up for his first full season in Shawinigan. Defensive defenseman Pierre-Olivier Bourgeois should also eat up top four minutes.

Working behind this group will be a pair of 18-year-olds netminders in Antoine Coulombe, who displayed flashes of brilliance en route to a 23-win season in 2019-20, as well as Charles-Antoine Lavallee, acquired from the Moncton Wildcats midway through last year.

Behind the bench, the coaching merry-go-round witnessed late last year in Shawinigan has landed on Ron Choules, a veteran of 301 regular season games as a QMJHL Head Coach following stops with the Acadie-Bathurst Titan and Cape Breton Screaming Eagles. Most recently, Choules spent five seasons with the Gatineau Olympiques as an assistant coach.

The new staff in Shawinigan will be granted the luxury of guiding a core that has grown up together within the organization. The general consensus is that the time has arrived for this group to graduate to the next level.