Our 18 | No longer surprising, how will Voltigeurs react?

Drummondville Voltigeurs Our 18
by
Will MacLaren 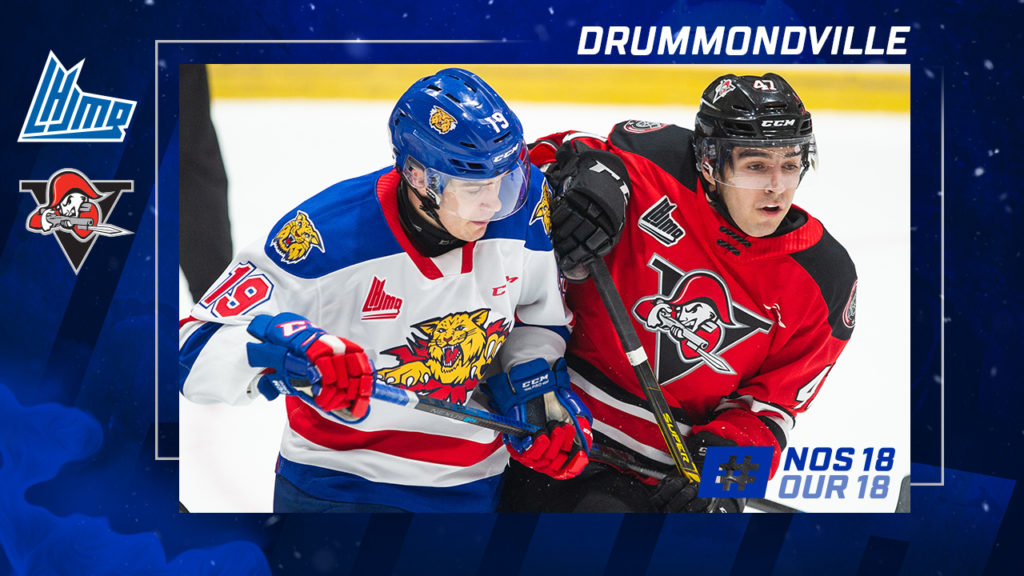 No team caught the league off guard more than the Drummondville Voltigeurs last season. Expected to land in the bottom half of the standings following a substantial roster turnover, the Volts simply went out and won more often than not. Even dealing a first line forward and top pairing defenseman at the holiday trade period could not derail the club’s momentum.

So now, the biggest question surrounding the Voltigeurs is: what will this team do next?

The good news is the fact that much of the group that earned those unexpected 36 victories in 2019-20 are back for more this year. That includes captain Xavier Simoneau, whose 81 points topped the club and was good for fifth in the league last campaign. Fellow 20-goal producers Isiah Campbell and William Dufour also return to the fold, while a trio of wingers that showed a nose for the net as rookies – Edouard Charron, Charlie Da Fonseca and Jeremy Lapointe – prepare to earn more ice in their second tour of duty through the “Q”. Drummondville’s 2020 first-rounder Luke Woodworth will look to develop the same scoring touch in major junior that propelled him to a nearly two point-per-game output with the Nova Scotia Midget AAA South Shore Mustangs last season.

The back end will feature, in part, a pair of second-year difference makers. Jacob Dion skated into a spot on the Volts blueline only to end the season a Rookie All-Star after collecting 51 points, fifth best among all league rearguards in 2019-20. Austrian Thimo Nickl’s quick adaption to play in North American Major Junior has earned him status as a notable prospect for the 2020 NHL Entry Draft. A training camp trade with the Chicoutimi Sagueneens has brought the big body presence of overager Felix-Antoine Drolet to Drummondville.

After notching 12 victories last season between the Voltigeurs and Val-d’Or Foreurs, second-year netminder Francesco Lapenna enters this year as the elder statesman in the crease. Fellow 18-year-old Jacob Leblanc, who saw an eight-game cameo in Drummondville last year, and 2020 second-rounder Riley Mercer will also start the season with the club.

Head Coach Steve Hartley and his crew understand that if they caught any opponent by surprise last year, that shock has long worn off. Additionally, the expectations levied upon this team have increased substantially in the minds of many. It will be exciting to witness what this group, more than capable of producing results up and down the lineup, can provide for an encore.