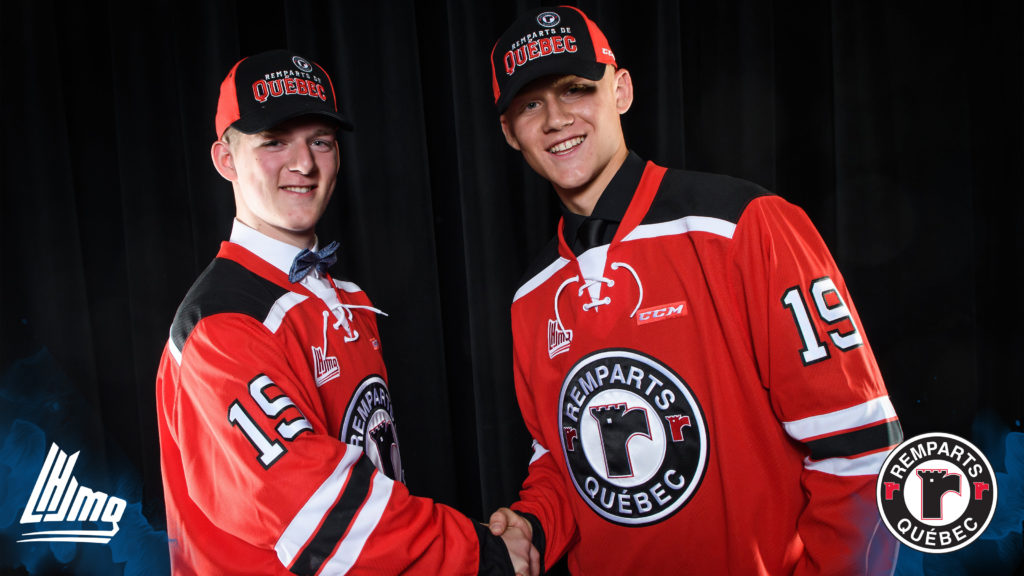 If you’re a fan of the Quebec Remparts, you’d be well advised to buy a lineup sheet on opening night. You’re about to learn a bunch of new names.

Entering the second season of his second stint with the club, Head Coach and General Manager Patrick Roy has committed to a sizeable turnover from the squad that finished eighth in the Eastern Conference last year before taking the President and Memorial Cup finalist Halifax Mooseheads to the limit in their best-of-seven first round playoff encounter. This year, no less than a dozen new faces will pull on the red and black for the first time.

The biggest of those new names is center and New York Islanders draftee Felix Bibeau, fresh off a 14-goal, 29-point playoff performance with the Memorial Cup Champion Rouyn-Noranda Huskies. He will be one of three overagers to debut with this year’s Remparts, alongside defenseman Darien Kielb, and two-way winger Anthony Gagnon. They will help form a core of veterans that also includes the club’s “elder statesman”, fourth-year center Andrew Coxhead and third-year winger Pierrick Dube. Aleksei Sergeev and Thomas Caron will find themselves in elevated roles in their sophomore seasons, while goaltender Carmine-Anthony Pagliarulo will suit up for his first full campaign in Quebec.

Besides the changes to the roster at large, the overall age of the squad is no less notable. Upwards of 16 players aged 18 or less could suit up for the Remparts on opening night, including five players chosen in the 2019 QMJHL Draft; centers Nathan Gaucher and James Malatesta, winger Jacob Melanson, defenseman Charlie Truchon and goaltender Emerik Despatie. Let’s not forget 17-year-old winger Yu Sato, who will become just the third Japanese-born player to reach the QMJHL when he makes his debut later this month.

Although it may take time for the faithful at the Videotron Center to become familiar with this squad, the storylines surrounding the Remparts should make them a memorable one, both now and in the ensuing years.