Our 18 | Key Veterans Will Dictate Success of Sagueneens 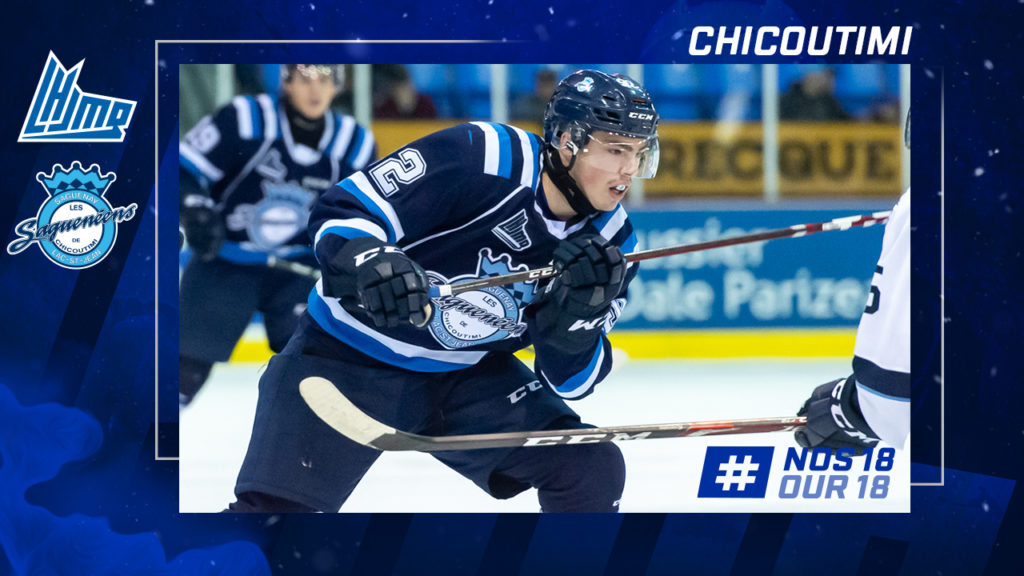 In the blink of an eye, the focus for the Chicoutimi Sagueneens went from the present to the future. With the sudden end of the 2019-20 QMJHL campaign, so too arrived the sudden departure of much of the core group that was primed to compete toward the first President Cup for the franchise in a quarter-century. Though that opportunity was lost, not all of the critical members of that club were.

Acquired from the Drummondville Voltigeurs in January immediately following his gold medal performance for Team Canada at the IIHF World Junior Hockey Championship, center Dawson Mercer will be a marquee member of the forward group, while also expecting to hear his name called early in the 2020 NHL Entry Draft.

He’ll be joined by another top ranked NHL Draft prospect in fellow center Hendrix Lapierre, who will be looking to rebound after watching his sophomore year in the “Q” reduced to just 19 games due to injury. The middle of the ice may be one of the Sags greatest strengths as Mercer and Lapierre will be joined by overager and fellow natural center Samuel Houde, who notched 52 points in just 44 games in 2019-20. Christophe Farmer will provide strength on the wing of a club that sees its top three point producers from last campaign depart.

From a blueline perspective, expect to see San Jose Sharks draftee Artemi Kniazev and fifth-year veteran Karl Boudrais on the ice in countless key situations. This duo, along with fellow returnee Michael Pellerin will help guide a contingent of first and second-year rearguards including Loris Rafanomezantsoa, and 2020 QMJHL third-rounder Matteo Mann.

The last line of defence will be split between 20-year-old Alexis Shank, a 36-game winner for the Sags last year, and Russian-born Sergei Litvinov, a 16-year-old free agent invite who has spent the past two seasons in the Greater Toronto Hockey League.

One of the trademarks of Head Coach Yanick Jean’s squads over the years has been an undisputed competitive nature. That competitiveness, especially from a cluster of key veterans at all positions as they help bring along a depth of players finding their game at this level, could be the determining factor in earning two points on any given evening this season.