Cape Breton Eagles Our 18
by
Will MacLaren 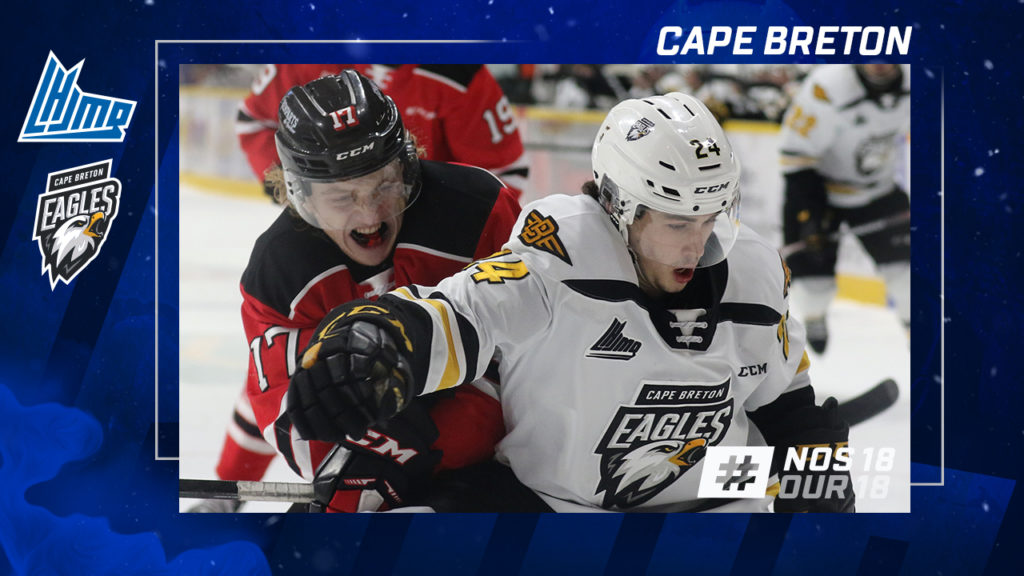 When the COVID-19 pandemic grounded the Eagles in March, the main feeling among the crowd in Cape Breton was disappointment. This was a team built to take a stab at the first prolonged playoff run on the island in 13 years. Fortunately for the Eagles and their fans, several impact players are back in the fold, ready to try and make up for lost time.

Though five of the club’s top seven point producers from 2019-20 have moved on, a few potent offensive pieces remain, including 2020 NHL Entry Draft prospect Ryan Francis and 38-goal scorer Shawn Element. Liam Kidney will bring his dependable two-way game back to Centre 200 for a third campaign while the fantastically-named Ivan Ivan will look to build off an 11-goal rookie year. Emile Hegarty-Aubin, a 200-foot winger, arrives in Cape Breton via a recent trade with the Gatineau Olympiques while Russian winger Mikhail Nizovkin will make his way to the “Q” after averaging a goal per game with the Under-17 and Under-18 programs at Vityaz.

The blueline will be led by a pair of familiar faces in overagers Jarrett Baker and Nathan Larose, both of whom finished Top-15 in scoring among QMJHL rearguards last season. Beyond that, a pair of second-year skaters, 2019 first-rounder Jeremy Langois and Jacob Squires, an off-season acquisition from the Rouyn-Noranda Huskies, will be thrust into key minutes.

Between the pipes, William Grimard, who posted 14 victories in 2019-20, will step into the starting role after two seasons backing up former All-Star Kevin Mandolese. The potential goalie of the future has also arrived in the Cape Breton crease by the name of Nicholas Ruccia, a first-round selection of the Eagles at the 2020 QMJHL Draft.

Head Coach Jake Grimes enters his second season with the Eagles, taking charge of a roster that has seen significant turnover. With a combination of established stars and players who will be forced to take on roles they have yet to pursue at this level, the leadership behind the bench – and in some cases, sitting on it – will arguably prove more vital than ever.