Our 18 Rouyn-Noranda Huskies
by
Will MacLaren 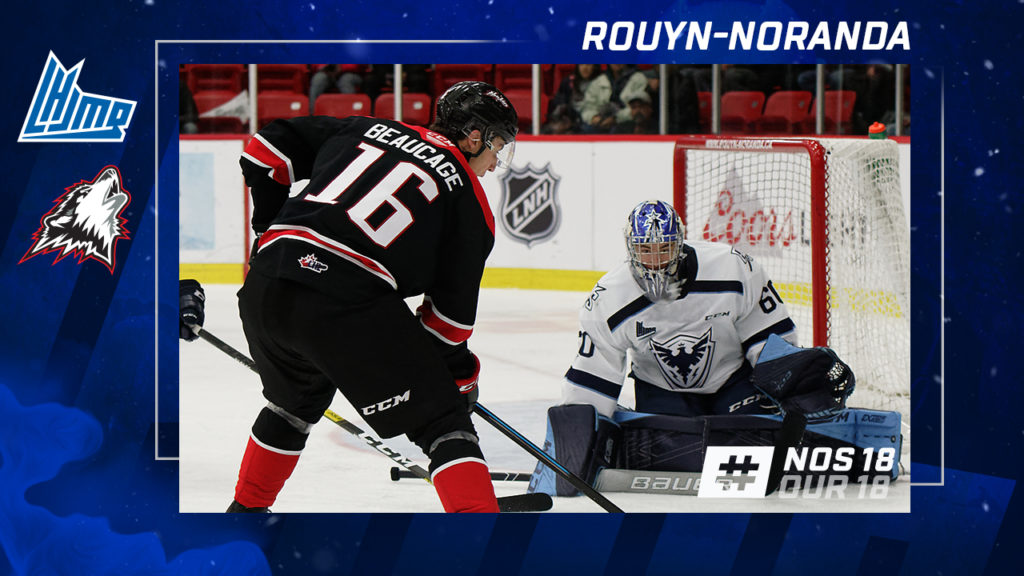 One full season removed from hoisting the Memorial Cup, the Rouyn-Noranda Huskies have experienced an almost complete roster turnover. While several of the players who were part of that championship squad remain, a collection of younger talent is also set to take the stage and put the Huskies back on the road to glory.

Up front, Colorado Avalanche prospect and last season’s leading scorer, Alex Beaucage, returns for a fourth season with the Huskies. He’ll be supported by fellow vets William Rouleau, Charles-Edouard Drouin and Olivier-Luc Hache. Checking center Mathieu Gagnon will play a pivotal two-way role while 17-year-old Alexis Brisson, acquired from the Rimouski Oceanic last season, and Polish center Oleksii Myklukha will be expected to step into larger roles after showing flashes of offence in limited roles during the 2019-20 campaign. Donovan Arsenault, a second-round selection at the 2020 QMJHL Draft, will get his first taste of major junior action.

The blueline will be led by a pair of overagers in Vegas Golden Knights draftee Xavier Bouchard, picked up from the Cape Breton Eagles in the off-season, and fourth-year veteran Alexis Arsenault. Samuel Regis, last year’s scoring leader among Huskies blueliners, brings his responsible two-way play back to the pack. Balancing out this group will be, among others, second-year rearguard Thomas Belzile and a pair of 2020 QMJHL draftees, first-rounder Dylan Gill and second-rounder Coen Strang.

With goaltender Zachary Emond confirming his return to the club as of yesterday, it remains to be seen if the backup duties will be turned over to Samuel Richard or Kevyn Brassard, both of whom made appearances between the pipes for the club last year.

Two-time President and Memorial Cup Champion Mario Pouliot returns for his third campaign behind the bench in Rouyn-Noranda while also doubling as General Manager. Though the amiable Pouliot has gained experience working with a developing roster during previous stops with the Baie-Comeau Drakkar and Acadie-Bathurst Titan, this is the first time he’s been afforded the opportunity to build a club back up as GM and also guide it as its Coach.

The Huskies may not contain the bite they have shown in previous seasons. That being said, with savvy vets, promising prospects and one of the most successful Head Coaches in recent times all entering the fray, this is a group that has all the makings of one more than willing to enter the battle for two points on any given night.