Our 18 | Halifax Herd Continues to Grow

Our 18 Halifax Mooseheads
by
Will MacLaren 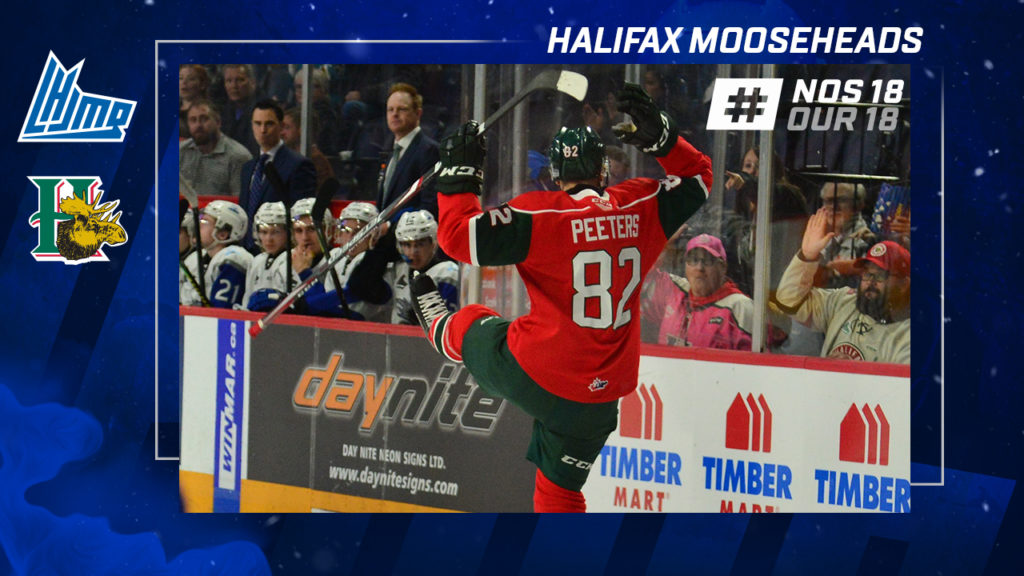 After riding the wave of reaching both the 2019 President and Memorial Cup Finals, the Halifax Mooseheads came crashing down last season, albeit in somewhat calculated fashion. By the end of the 2020 trade period, most remaining pieces of the previous season’s squad were plying their trade elsewhere. Left to compete was a group trying to learn the ropes on the fly with an underlying optimism for this season and years to come.

That optimism was rewarded during June’s QMJHL Draft with the arrival of 2018 QMJHL first round selection Elliot Desnoyers and 2019-20 Rookie All-Star Zachary L’Heureux via trade with the Moncton Wildcats. Joining them up front are veteran two-way winger Liam Peyton, acquired from the Charlottetown Islanders and 2019 first rounder Samuel Dube. Returnees Zack Jones, Senna Peeters, whose 23 goals led the club last year, as well as high scoring Swiss prospect Attilio Biasca are expected to arrive in camp in the coming weeks. Markus Vidicek and Jordan Dumais, both first-rounder selections at the 2020 QMJHL Draft and offensive threats at previous levels, will be given an opportunity to shine on a squad that will be replenishing up front.

Defensively, the Moose will be anchored by 2020 NHL Draft prospect Justin Barron as he attempts to rebound after losing half of last season to a blood clot. Overager Jason Horvath returns to add some sandpaper to the blueline corps while sophomore Cameron Whynot looks to make use of his on-the-job training after posting big minutes, particularly in the latter half, during the 2019-20 season.

A 2020 second-rounder and Upper Tantallon, Nova Scotia native, Jake Furlong will be embarking on his QMJHL career following a strong offensive campaign with Mount St. Charles Academy in Rhode Island. Between the pipes, with Alexis Gravel not reporting to camp, the ball will be carried by another veteran backstopper in Cole McLaren, with 2019 sixth-rounder Brady James acting as backup.

Perhaps the most interesting returnee in Halifax resides behind the bench. J.J. Daigneault’s second season with the Mooseheads represents the first time since 2016 that a Head Coach has begun a second consecutive season with the organization.

After selling big last year, it’s the hope of the representatives from the Nova Scotia capital that the return on investment will begin to pay dividends sooner rather than later.