Our 18 | Can surprising finish lead to fresh start for Cataractes?

Shawinigan Cataractes Our 18
by
Will MacLaren 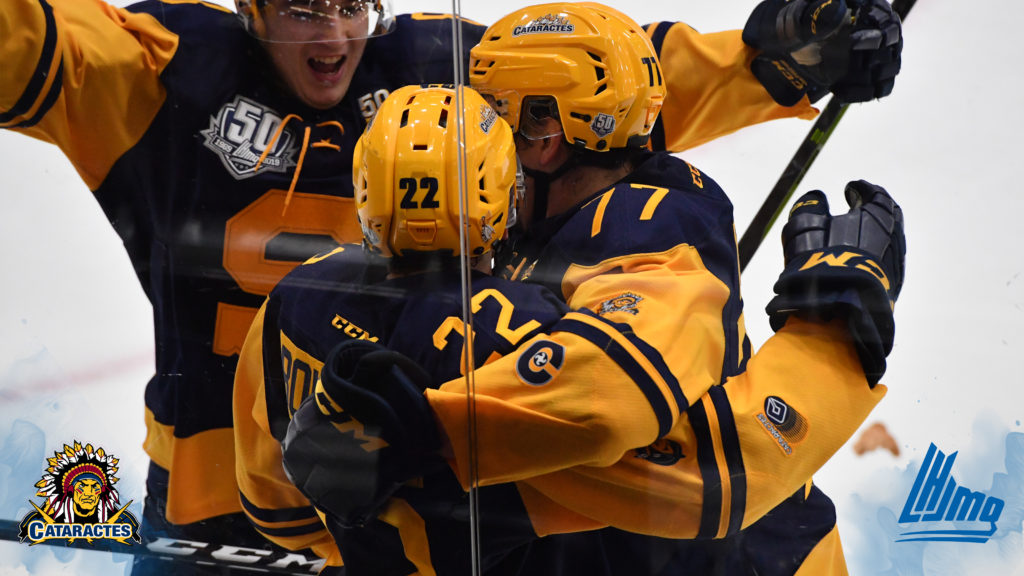 Seldom can a team who won just 14 games during the regular season point to their postseason accomplishments as a positive. However, the Shawinigan Cataractes can definitely lay claim to not only being the story of the league during the early stages of last spring’s playoffs but the recipient of some well-earned experience as well.

Capturing a spot in the postseason on the last day of the regular season, the Cataractes entered the President Cup playoffs on a 15-game losing streak. That all went out the window in the postseason when the team took two of the first four games of its opening round series from the eventual President and Memorial Cup Champion Rouyn-Noranda Huskies. Though the Huskies would pull ahead for good in Game 5 and 6, the Cataractes would nonetheless make their statement as a team on the rise with their performance.

The series was a proving ground for a number of players who make their return to the club this year. Among them is 2018 first rounder Mavrik Bourque, who posted 25 regular season goals as a 16-year-old. Accompanying him up front is a balanced attack that includes top six forward Jeremy Martin and Swiss winger Valentin Nussbaumer, a 2019 draft pick of the Arizona Coyotes. In 2019 QMJHL first-rounder Olivier Nadeau, the club receives a big-bodied winger who can both pass and finish.

A young back end will be stabilized by Leon Denny, coming off a 41-point campaign in 2018-19, as well as overage defender Jordan Lepage, a veteran of almost 200 regular season and playoff matches. Between the pipes, Justin Blanchette will hope to excel in his first full season in Shawinigan after showing flashes of brilliance during the Cataractes postseason encounter with Rouyn-Noranda.

When you put it all together, the league’s oldest franchise will be characterized not only by youth but by an exciting brand of hockey as well.