Our 18 | Armada Intends to Battle at the Top 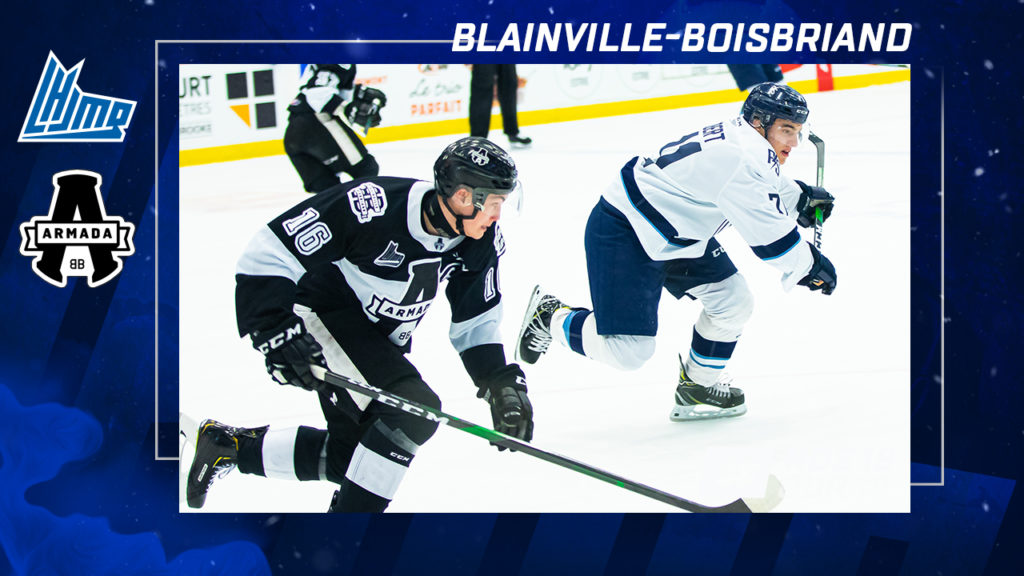 Just two years removed from a regular season championship, the Blainville-Boisbriand Armada quickly found itself trending upward once more, ending last year’s truncated season atop the West Division. This year, with a plethora of returning personnel and an established staff, landing at or near the top will be the goal once again.

Five of the club’s top six scorers return to action in 2020-21, including last year’s leading scorer and 2018 Carolina Hurricanes draftee, center Luke Henman. Wingers Yaroslav Likhachev and Simon Pinard, who each potted 29 goals in the previous campaign, return for a third year in the “Q”. Benjamin Corbeil and Maxim Bykov will compliment what will be a veteran-laden core that scrapped its way into the top half of the league in offensive production last season. Center Jonathan Fauchon, fresh off a strong season with Levis in the Quebec Midget AAA ranks, has made the cut out of training camp after being selected 10th overall at the 2020 QMJHL Draft.

The Armada finished middle of the pack in goals against last season and will feature a blueline that, much like the forward group, incorporates a veteran presence. After leading the team in scoring among defensemen as a 17-year-old, Miguel Tourigny will be asked to carry that load once again this year. Joining him will be reliable presences in Samuel Desgroseilliers, Nathan Lavoie and Samuel Lavigne. A Draft weekend deal with the Sherbrooke Phoenix sees veteran defensive defenseman Alexandre Joncas make his debut in the black and white.

In net, the loss of Emile Samson to graduation leaves a wildcard trio of netminders who should battle for crease time. Felix-Anthony Ethier, picked up from the Acadie-Bathurst Titan in June, 2020 second-round selection Charles-Edward Gravel and Armada returnee Adam Olivier represent just nine career QMJHL victories between them and possibly one of the more open fields for number one duties.

Head Coach Bruce Richardson has made strides in developing the Armada core since joining the organization in 2018. The next stride could be the one that puts this experienced Armada squad into the league’s upper echelon.