Our 18 | Armada continues to put pieces together 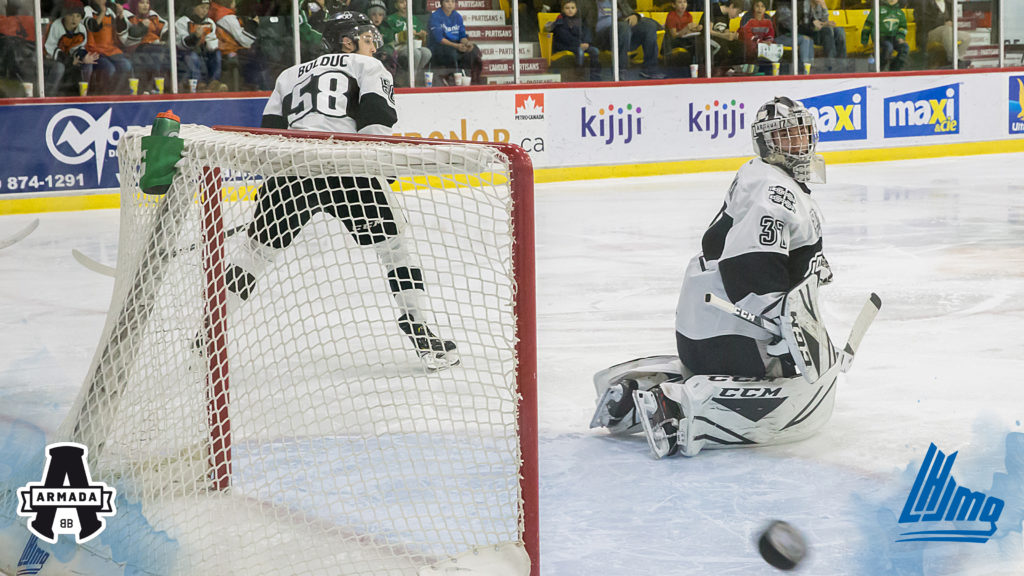 Just two seasons removed from the second of back-to-back President Cup Final appearances, the Blainville-Boisbriand Armada took an expected dip in the standings last season. That campaign was the starting point of a methodical process back to that lofty perch.

The Armada returns a number of significant players at all positions to a club that finished in 14th place during the 2018-19 regular season. Top line center and 2018 Carolina Hurricanes draft pick Luke Henman will be relied upon to help drive the bus offensively following a 46-point campaign. Winger Simon Pinard will hope to increase his production after a 15-goal freshman year.

On the back end, 2019 New York Islanders selection Samuel Bolduc will anchor a defensive corps that suffered some growing pains during the previous campaign. Guarding the Armada cage will be third-year veteran Emile Samson, one of the few holdovers from the club’s 2017-18 Jean-Rougeau Trophy winning squad.

Along with these returnees, the Armada made a series of draft day deals in June that landed it a trio of players expected to accelerate the building process for Head Coach Bruce Richardson’s charges. Making his way from the defending Memorial Cup Champion Rouyn-Noranda Huskies is overage defenseman William Cyr. Up front, the organization is banking on a big season from former Moncton Wildcat Adam Capannelli, whose 46-point output in 2018-19 was double his previous best. Former Olympiques winger Yaroslav Likhachev has already impressed in Armada training camp following a 24-point rookie season in Gatineau. Also making his debut in black and white this season is Russian winger Maxim Bykov, the 15th overall selection in the 2019 CHL Import Draft.

The pieces are slowly coming together, through development as well as transactions, to bring the Armada back to its previously familiar position at the top of the QMJHL standings.