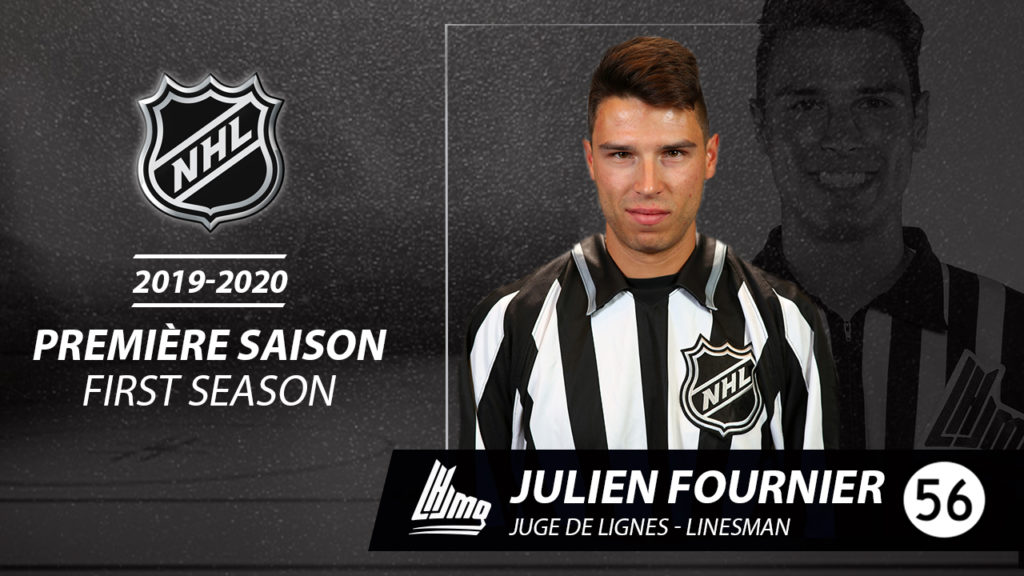 The Quebec Major Junior Hockey League would like to highlight the beginning of a new adventure for one of its ex-officials as the National Hockey League kicks off its season.

Linesman Julien Fournier, a native of Gatineau, QC has worked within the QMJHL over the course of the 2017-18 season. After short stints in the ECHL and AHL, he has been offered a contract by the National Hockey League.

Julien Fournier will be working in his first NHL game on Monday, October 14th, as the Minnesota Wild will pay a visit to the Ottawa Senators.

The QMJHL management, its officials and members of the Official Supervisors Committee would like to congratulate Mr. Fournier for his promotion and wish him the best of luck as he pursues the wonderful career that lays in front of him.