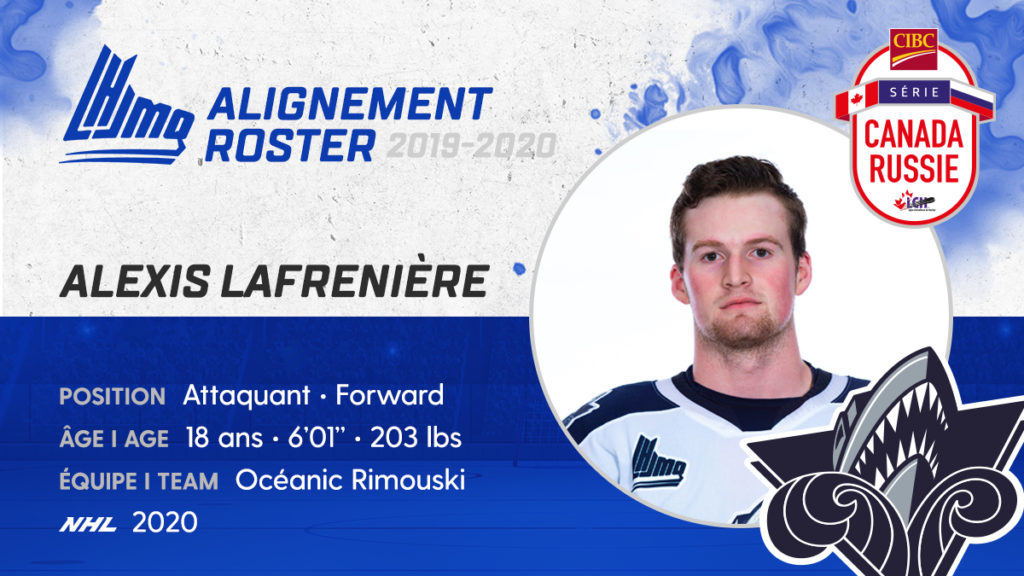 Saint John, NB – Team QMJHL will be without forward Alexis Lafrenière for the 2019 CIBC Canada Russia Series after the Oceanic player suffered an injury last week.

Selected first overall in the 2017 QMJHL Entry Draft, the 18-year-old forward has already scored 12 goals and added 31 assists in 18 games this season. The top prospect for the upcoming NHL Entry Draft currently sits second in the QMJHL for most points this campaign, one point shy of his Rimouski teammate, Cédric Paré (44 points).

Lafrenière, who was recently named captain of Team QMJHL for the series, will not be replaced on the roster by another player.