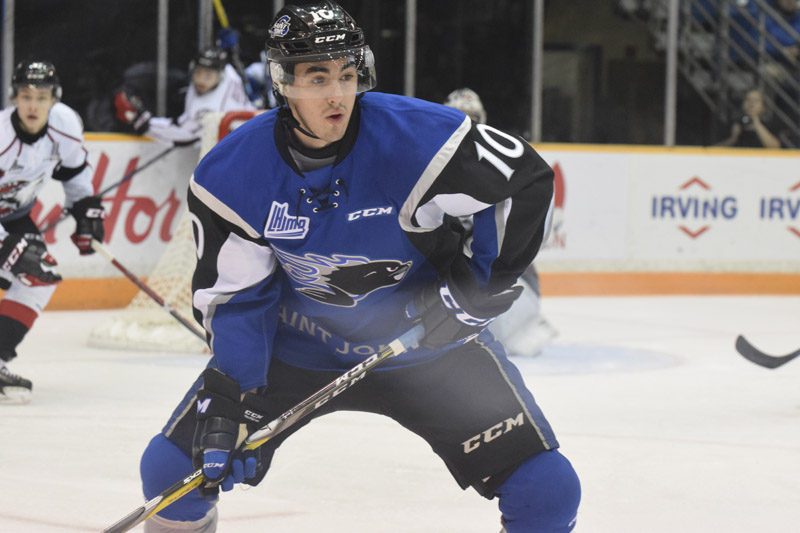 The Saint John Sea Dogs are proud to announce forward Nathan Noel has agreed to a three-year contract with the Chicago Blackhawks.

The Blackhawks made the announcement late this afternoon.

The native of St. John’s, Newfoundland and Labrador, is in his fourth season with the Sea Dogs. He tied his personal high with 24 goals and added 26 assists for 50 points in 52 games this year. In 242 regular season games, he has 85 goals and 208 points. He is the ninth Sea Dog to post 200 or more points with Saint John.

Noel has six assists in twelve playoff games this year.

The Sea Dogs and Chicoutimi Sagueneens are tied, 2-2, in their best-of-seven President Cup semifinal series.

Game 5 is Friday, April 28th, at 7 p.m. at Harbour Station. Tickets are available now online, and at the Harbour Station Box Office during regular business hours.