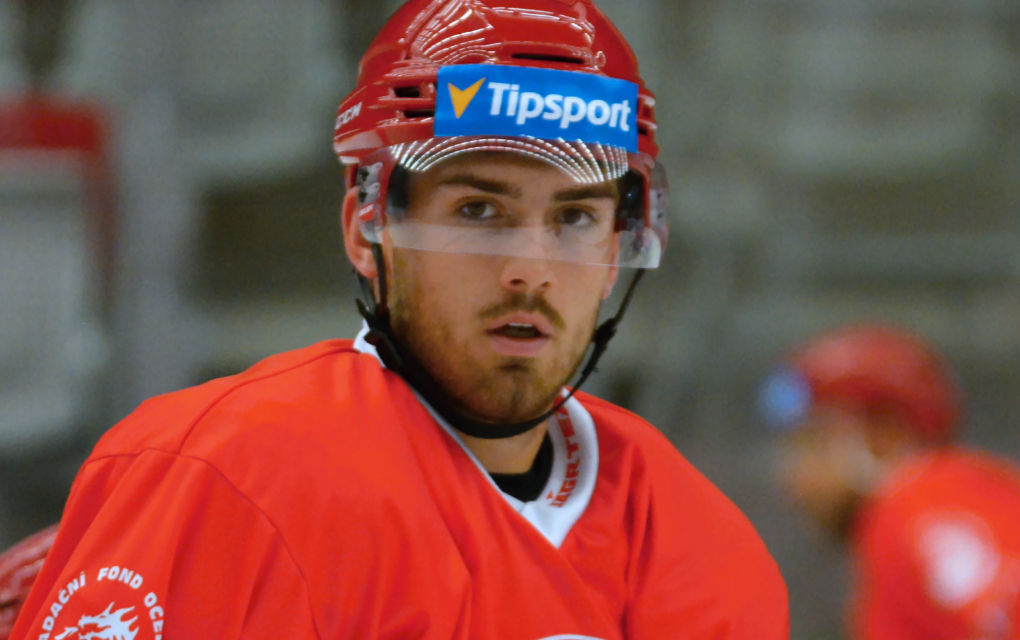 Take a stroll down memory lane with this group of former Mooseheads who are playing overseas this season:

Filip Zadina is playing in his home country with HC Ocelari Trinec of the Czech League, on loan from the Detroit Red Wings while he awaits the start of NHL training camp. He has scored eight goals and six assists for 14 points in 15 games played. He is not the only former Mooseheads player on the Trinec roster either.

35-year-old Petr Vrana serves as the team Captain with HC Ocelari Trinec and is still a very productive player with 16 points in 16 games. Vrana played from 2002-2005 in Halifax before embarking on a professional career that included 16 games in the NHL with the New Jersey Devils. He has since played in the Czech league, Swedish league and the KHL.

Jan Stransky is in his 12th season in the Czech league since playing 28 games and scoring 31 points for the Mooseheads in 2008-09. The 30-year-old forward is currently a member of BK Mlada Boleslav and has five points in 18 games.

Defenceman Milan Jurcina has continued to ply his trade in the Czech league with HC Sparta Praha. He has two points in his three games so far this year. The big blueliner from Slovakia played for three seasons in Moose Country from 2000-2003 before embarking on a seven-year, 430-game career in the NHL with the Bruins, Capitals, Blue Jackets and Islanders. He headed back overseas in 2012 and has played in Finland, Croatia, Latvia, Germany and now the Czech Republic. The 37-year-old has represented Slovakia three times in the Winter Olympics.

Konrad Abeltshauser has enjoyed an excellent career with EHC Munchen of the DEL in his home country of Germany. The 28-year-old defenceman spent three years between the AHL and ECHL following his Memorial Cup Championship with the Mooseheads in 2013 before heading back to Germany. The 2020-21 DEL season hasn’t started yet due to the pandemic but Abeltshauser had 29 points in 48 games last season.

Tomas Knotek was a standout import with the Mooseheads from 2007-2010 and has had a long career in the Czech and German leagues before moving to France’s Ligue Magnus this year. The 30-year-old is among the team leaders with the Nice Aigles where he has seven points in 10 games this season.

Marcel Barinka has earned a spot on his first professional team with Kolner Haie of the DEL in Cologne, Germany where he will be coached by former NHLer Uwe Krupp. The 19-year-old Barinka will be teammates with three Maritimers with Kolner Haie where he is joined by Truro’s Zach Sill, Lower Sackville’s James Sheppard and Edmunston’s Kevin Gagne.

Defenceman Andrew Bodnarchuk is set to embark on his first season with the Nurnberg Ice Tigers following two years with EHC Munchen. The 32-year-old former Mooseheads Captain from Hammonds Plains, NS has 19 points in 101 career DEL games. He enjoyed an 11-year, 629-game career in the AHL and suited up in 42 career NHL games before making the move to Germany in 2018.

Raphael Lavoie is currently in Sweden with Vasby IK on loan from the Edmonton Oilers and has enjoyed a hot start to the season with 11 goals and 17 points in 22 games, leaving him 18th in league scoring.

Otto Somppi also finds himself on loan from the Tampa Bay Lightning organization and is back home in Finland, playing for the Lahden Pelicans and has one assist in five games. Somppi played 45 games with the Syracuse Crunch of the AHL last season and produced 18 points.

Jared McIsaac was also set to spend the season in Finland’s top league with HPK on loan from the Detroit Red Wings but unfortunately suffered another shoulder injury during the first shift of his first game. He returned to Detroit to undergo surgery on the shoulder and will be sidelined until February or March of 2021. It is the same shoulder that required surgery following the Memorial Cup with the Mooseheads.

Frederick Cabana was a fan favourite with the Mooseheads from 2002-2006 and famously billeted with Nathan MacKinnon’s family in Cole Harbour. Cabana is now 34-years-old and playing in the second tier of the DEL with EC Bad Nauheim where he has six points in seven games this season. Cabana has played in Germany for the last decade with five different teams.

Stephen MacAulay is playing for the third straight year in the DEL2 with Lowen Frankfurt although he has yet to suit up for a game this season. He has tallied 122 points in 103 games over the last two seasons after a North American career in the ECHL and AHL.

Maxime Fortier appeared set to join Wichita of the ECHL this season when he signed with the club on November 20th but left the team 10 days later later when he was offered a deal to play for the Bratislava Capitals inthe ICEHL, Austria’s top league. He has already played in four games with the Capitals and has contributed one assist.