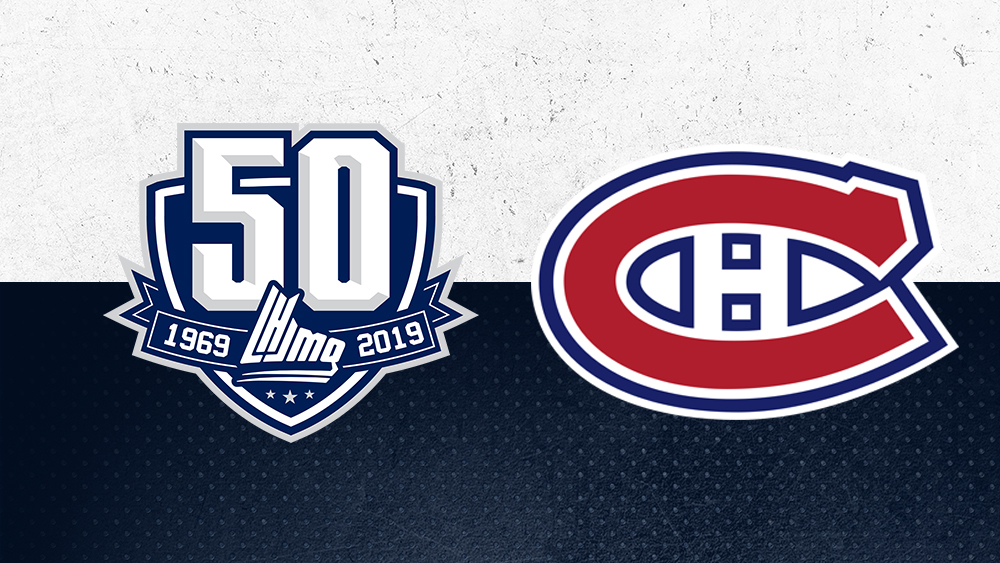 The Quebec Major Junior Hockey League is proud to announce that the Montreal Canadiens will underline the league’s 50th anniversary tonight during its game against the Tampa Bay Lightning.

One of the ten greatest players in QMJHL history, Guy Lafleur, will join Commissioner Gilles Courteau at the Bell Centre tonight for the 50thanniversary celebrations.

Over the past 50 years, the QMJHL has developed over 130 players, including 114 skaters and 17 goaltenders, who went on to wear the famous Montreal Canadiens colours. Several outstanding players, such as Guy Lafleur, Guy Carbonneau, Patrick Roy, Vincent Damphouse and Mario Tremblay played key roles in the team’s success.

Furthermore, the league developed many of the Habs coaches. Eighteen QMJHL alumni were hired to work behind the bench, including 7 head coaches and 11 assistant coaches over the past 50 years. Three of them were able to both play and then coach: Mario Tremblay, Jean-Jacques Daigneault and Guy Carbonneau.

“We’re very grateful to the Canadiens organization for helping us celebrate 50 years of QMJHL hockey. The Quebec Major Junior Hockey League and the Montreal Canadiens both have storied histories and have played and continue to play key roles in the development of the sport. It’s important that we maintain a strong relationship for the benefit and betterment of hockey players,” said QMJHL Commissioner Gilles Courteau.