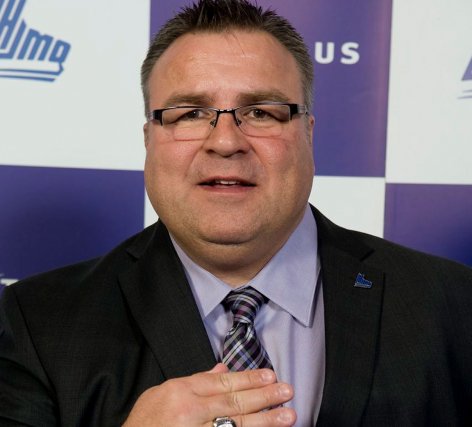 Indeed, Saumier makes the transition behind the bench, he whom spent the past five years working for the Titan as a scout.

A former player in the Quebec Major Junior Hockey League (QMJHL), Saumier split his 1984 to 1988 seasons between the Hull Olympics and the Longueuil Chevaliers. His scintillating 469 points in 286 games granted him an induction into the QMJHL Hall of Fame in 2013.

After his time in junior hockey, Saumier skated with Sherbrooke and Halifax in the American Hockey League (AHL), as well as with Flint, Peoria, Fort Wayne and Phoenix in the International Hockey League (IHL).

A reminder that the Titan’s Father’s Day Sale will continue until this Friday. Indeed, with the purchase of a season ticket, fans will receive a $20 gift certificate at the Titan Boutique, allowing them to give two gifts instead of one this Sunday!