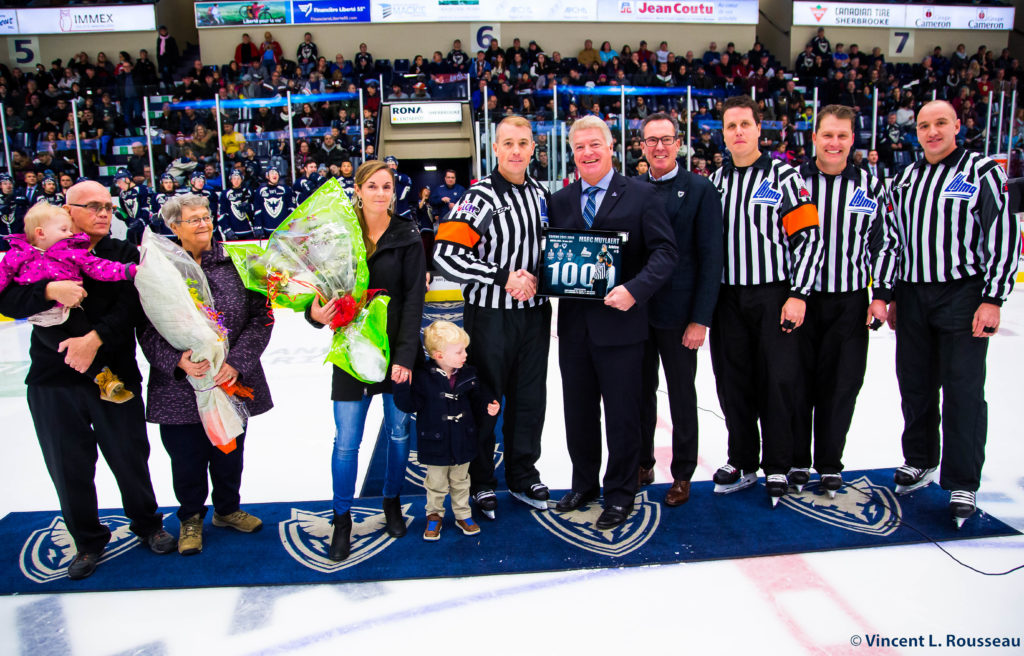 The QMJHL would like to congratulate one of its officials, Marc Muylaert, who recently worked in his 1000th game as an official in both the regular season and playoffs.

This objective in his career path happened this past Sunday, on the 19th of November, 2017, in a game between the Acadie-Bathurst Titan and their hosts, the Sherbrooke Phoenix. For his feat, Muylaert was working alongside referee Jean-Philippe Sylvain, and linesmen Sylvain Losier and Pierre-Luc Huot.

Muylaert received a commemorative plaque before his 1000th game (see photo) and was able to celebrate the moment alongside his family members and the QMJHL Officials’ Supervisor, Sylvain Cloutier, as well as Sherbrooke Phoenix Governor and President of the QMJHL Board of Governors, Ronald Thibault.