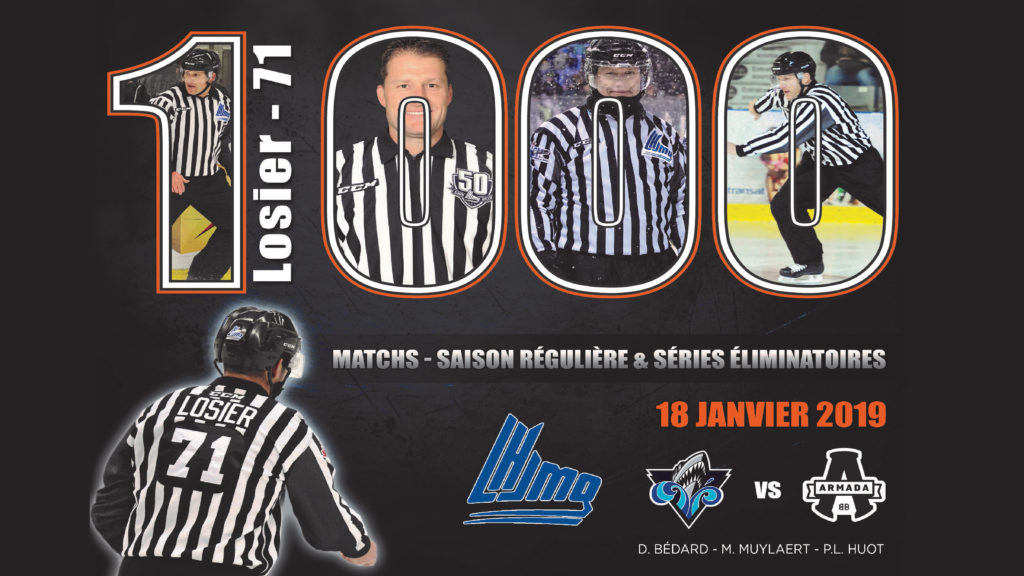 Quebec Major Junior Hockey League management would like to highlight a milestone reached by official Sylvain Losier who will be taking part in his 1000th career game, regular season and playoffs combined, on the evening of January 18th 2019.

It represents a very important plateau as only five other QMJHL linesmen have reached this career objective up to this day in the League’s 50-year history.

Losier is currently in his 27th season as part of the QMJHL. To this day, he’s worked in 808 regular season games, and another 191 in the playoffs. To highlight his latest exploit, Losier will be receiving a commemorative plaque from the QMJHL’s Director of Officiating, Mr. Richard Trottier, prior to the game between Rimouski and Blainville-Boisbriand.

For this memorable game, Losier will be accompanied by his work colleagues; linesman Pierre-Luc Huot, as well as referees Dominic Bédard and Marc Muylaert.

Once again, congratulations to Mr. Sylvain Losier on reaching the 1000 career games plateau!

Rimouski Océanic player of the week
Ultramar Player of the Week | Alexis Lafrenière (February 17, 2020)
6 hours ago