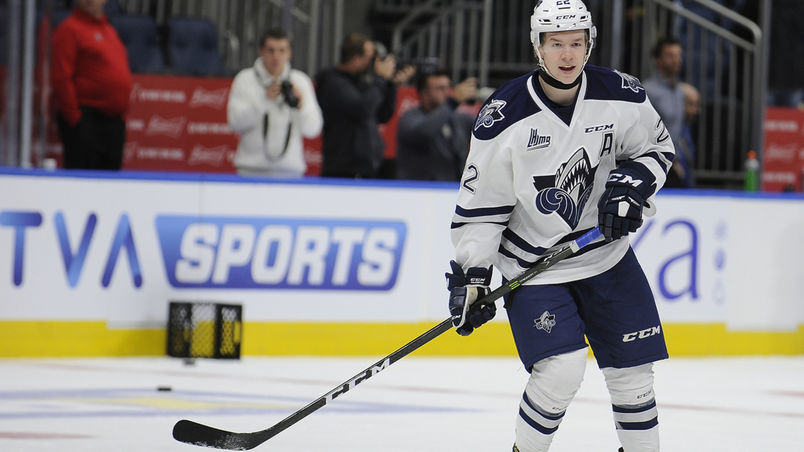 The Rimouski Oceanic roll into Charlottetown on Thursday evening for their one and only visit this regular season.

The Oceanic may sit 14th in the league but they can be dangerous, with much of the team’s offence running through the leading point getter in the entire Quebec Major Junior Hockey League, Tyler Boland.

The 20-year-old Newfoundland native has spent his entire Junior career in Rimouski and is having his best ever season, by far.

Last Sunday in Rimouski, Boland had one goal and one assist in the Oceanic’s 5-3 loss to the Islanders. He had 5 shots and was 16-for-23 in the face-off circle.

Island native (and brother of former Islander Ryan MacKinnon) Carson MacKinnon will also be in P.E.I. for the first time this season on Thursday. The 17-year-old has 24 points in 57 games.

Although the team’s will only meet twice this year, there is the feeling of a rivalry between them after they met last year in the first round of the playoffs.