Joshua Roy heads the 2019 class of the QMJHL Draft 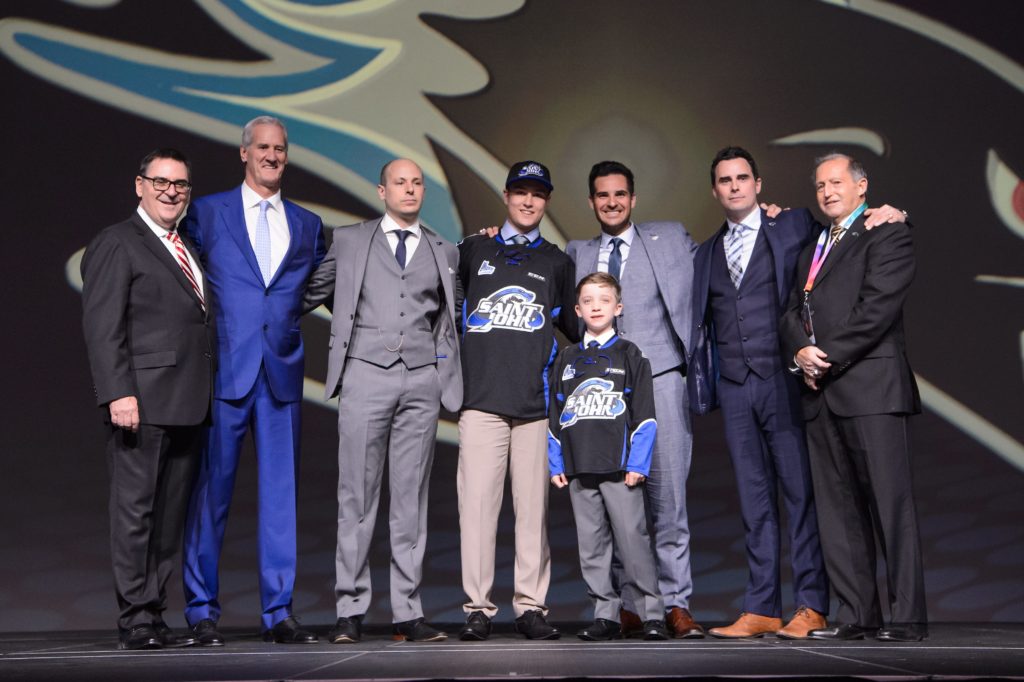 The Saint John Sea Dogs wrote a new chapter of their history on Saturday by picking forward Joshua Roy of the Levis Chevalier with the first overal pick of the 2019 QMJHL Draft Centre Viedeotron in Quebec City.

The 15 year-old forward and top prospect according to the League’s CSR list ahead of the draft became the first ever Beauce native to be the first overall pick in league’s history.

« I am very happy to be selected first overall by the Sea Dogs. This is one of my childhood dream coming true », said Roy to Mikaël Lalancette of TVA Sports.

Second on the podium, the Val-d’Or Foreurs claimed forward Justin Robidas from the Magog Cantonniers.

« It’s pretty incredible, I could not ask for more. I am looking forward to training camp », said the son of former NHL defender Stéphane Robidas. With the third pick, the Moncton Wildcats selected forward Zachary L’Heureux from the Chateauguay Grenadiers who was ranked fifth on the final CSR prospect.

« I am very happy. The Wildcats are a great organization so this is a great outcome for me. »

« It is an honour for me (to join the Olympiques). I heard only good things about that club », said Dean.

« This is simply magical. I enjoy this special day with my family. Shawinigan is a great place for me to continue my hockey journey », he said.