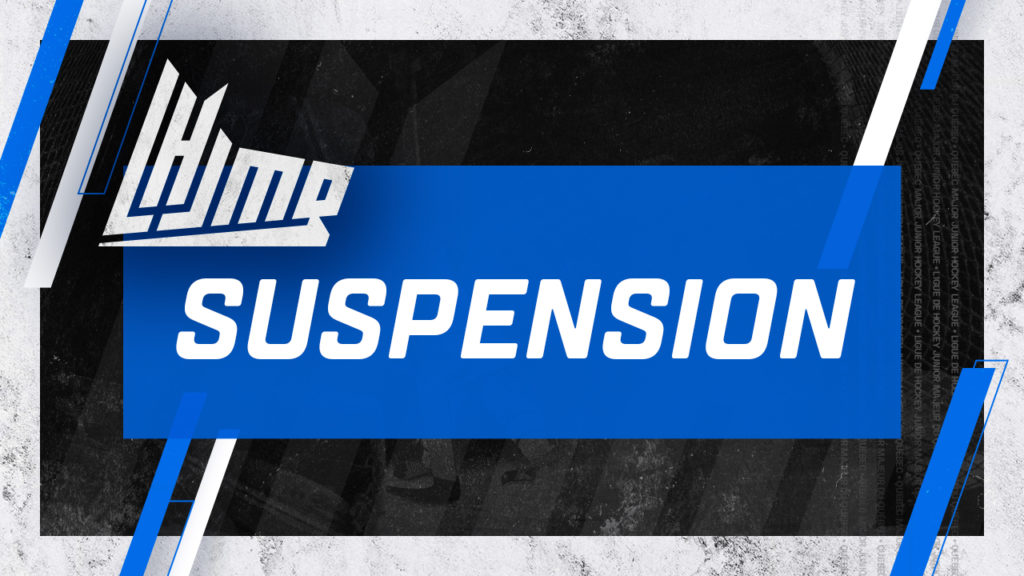 The Quebec Major Junior Hockey League’s Director of Player Safety, Éric Chouinard, today suspended Acadie-Bathurst Titan forward Joseph Henneberry for three (3) games for checking to the head. The suspension was handed out following an incident that occurred on November 19 against the Rimouski Océanic.

Coming into the Oceanic player’s blind spot, the Titan player had plenty of time to realize that his opponent was in a vulnerable position, but still chose to deliver a hard shoulder check, with the player’s head taking most of the hit. This is the kind of action we want to eliminate from our league.

The message is clear, when a player has time to recognize that an opponent is in a vulnerable position, the player has the responsibility to make the effort to create a safe contact.

The Director of Player Safety came to this decision after reviewing video of the incident, considering the officials’ report, speaking to both the players and organizations involved, and after consulting with the Advisory Committee for disciplinary action.