Jordan Spence recognized by the QMJHL for a terrific first season 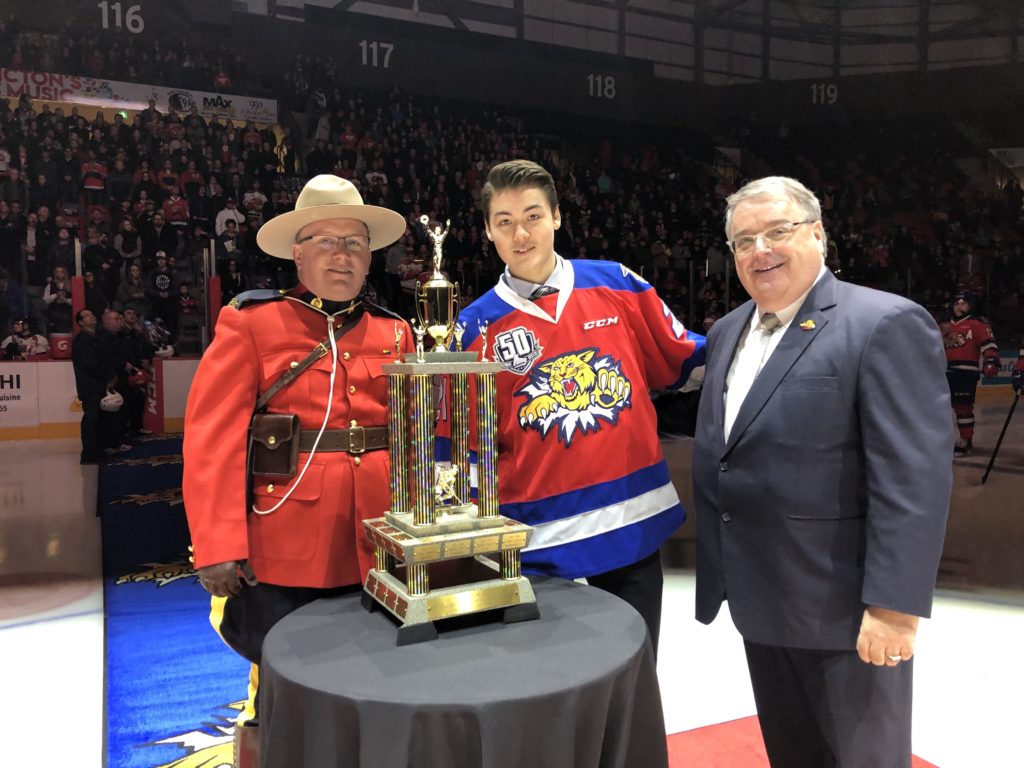 With the first round of the playoffs already underway, Moncton Wildcats’ defenseman, Jordan Spence, was awarded the Raymond-Lagacé trophy prior to game #3 of their best-of-seven series against the Baie-Comeau Drakkar.

The Raymond-Lagacé trophy is awarded annually to the defensive rookie of the year. Spence posted impressive numbers for a 17-year-old player with six goals, 43 assists and a differential of +11 in 68 games with the Wildcats. The Cornwall (PEI) native was drafted in 2nd round, 20th overall, by Moncton in 2018.

The trophy was presented by Wildcats’ Governor, Jean Brousseau.