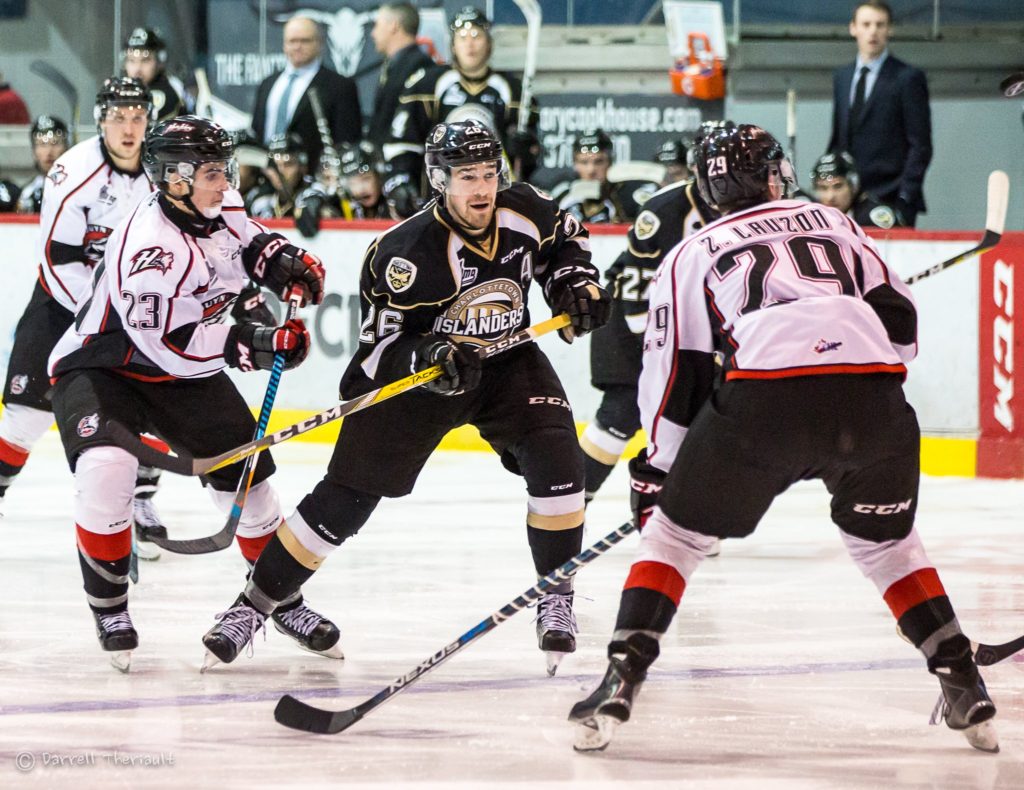 The Charlottetown Islanders continued their 3-game road trip through Quebec on Friday night. They were in Rouyn-Noranda to take on the defending QMJHL Champions.

This was the second meeting in a week between the two teams. The Islanders won 3-2 in a shootout at the Eastlink Centre last Friday.

The result a week later would be very similar, but with even less goals.

Through 60 minutes of regulation hockey, and then 5 minutes of 3-on-3 overtime, no goals had been scored.

In the shootout, Chris Chaddock was up first and went backhand to beat the Huskies goaltender Samuel Harvey.

Blade Mann-Dixon shut the door on all three Rouyn-Noranda players and picked up his first career QMJHL shutout in the end. The final shots after 65 minutes were 39-26 for the Huskies.

It was Chaddock who scored the lone goal in the shootout one week ago at the Eastlink Centre. His latest shootout heroics helps the Islanders stretch their win streak to 6 games.

The Islanders were without Filip Chlapik in the win who was serving game one of a three game suspension after an incident in Wednesday’s game against the Shawinigan Cataractes, where they won 3-2 to kick off the road trip.

They will wrap up the trip on Saturday night in Val-d’Or against the Foreurs. Puck drop is 8:30pm AST.