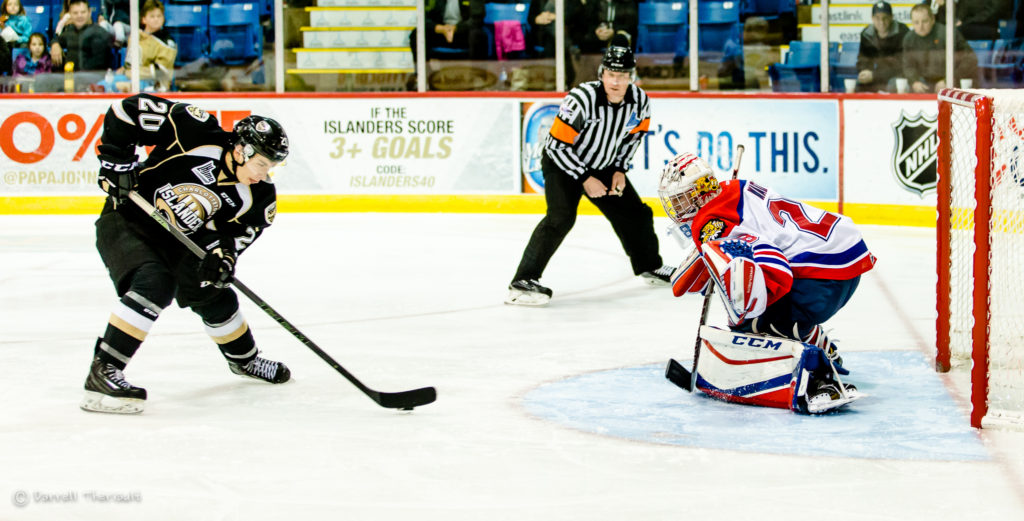 A game between the Charlottetown Islanders and Moncton Wildcats that was originally scheduled for December 16th, 2016 will be made up Wednesday night at the Eastlink Centre.

Here is everything you need to know before Wednesday’s game:

Season series: The Islanders are 7-0 against the Wildcats this season and have outscored them 58-18 in the seven games. This is the final meeting between the two teams.

Standings: The Islanders sit in 4th place, just 3 points behind the Saint John Sea Dogs for the Maritime Division lead. The Wildcats are last in the league.

Leading scorers: Francois Beauchemin and Filip Chlapik are battling it out to be atop the Islanders point totals. Beauchemin has 87 points while Chlapik has 85. The Wildcats have seen many changes this season. The current points leader is Island native Jeremy McKenna with 25 points.

The Islanders are already the most successful team in P.E.I. history after beating the season high 42 regular season wins.

If they make it nine wins in a row, the Islanders will own the longest winning streak in team history. However, the PEI Rocket own the franchise record with 10 in a row in the 2003-2004 season.