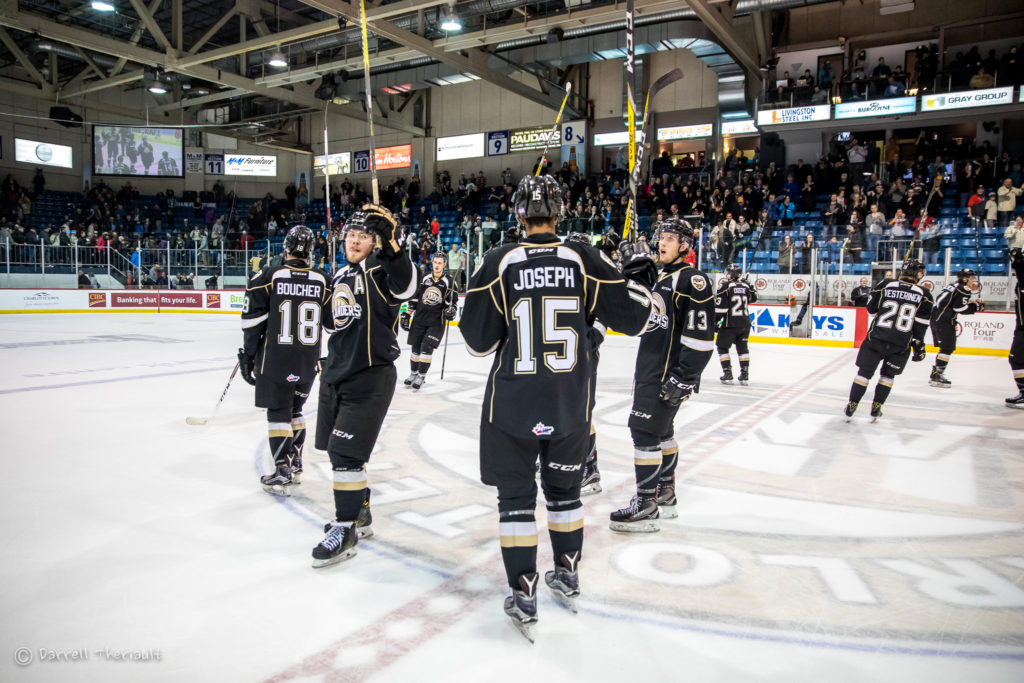 The Islanders struck first, but the Armada scored two in the second period to win game five 5-2.

With the win, the Armada win the third-round series 4-1 and eliminate the Islanders from playoff contention.

The final shots were 33-19 for Charlottetown.

After the game, Islanders head coach and GM Jim Hulton said his team left it all on the ice.

“We certainly couldn’t fault the effort. I’m very proud of the guys. I thought from a controllable element, the energy was very good. We got the start we wanted, we got the first goal. We just couldn’t get the job done,” he said in a press conference after the game.

It was an emotional 24 hours for the team, after 19-year-old forwards Dillon Boucher’s father passed away the night before. The team had Boucher’s father’s initials on the back of their helmets, and Boucher’s jersey hanging behind the bench.

That loss kind of put things into perspective for the players, said Hulton.

“There’s always a bigger picture at play. This is still a game and yeah, it hurts like hell that we lost, but not anything near the magnitude of what Dillon and his family are going through.”

With everything that had happened, Hulton said the room in the dressing room before the game was very focused and energized.

“The mood was great which is probably why the devastation is more tonight because I don’t think any of us thought the ride was ending and that doesn’t mean to sound arrogant. We were a confident group that believed in ourselves and thought for sure we’d be pushing into tomorrow but that’s sports.”

Looking back on the series, Hulton said the turning point of the series was game two at home.

The Armada now move onto the QMJHL finals to take on either the Saint John Sea Dogs or the Chicoutimi Sagueneens.