Islanders pretty in pink on Saturday night against Screaming Eagles 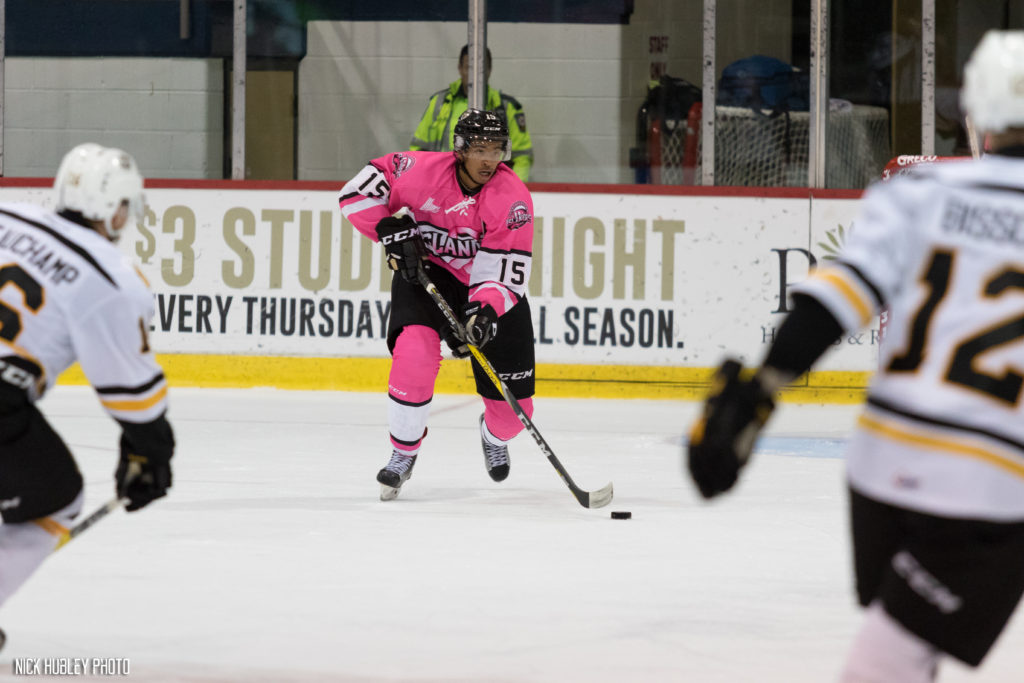 The Charlottetown Islanders have finally won a Pink The Rink Night game at the Eastlink Centre.

On Saturday night they hit the ice against the Cape Breton Screaming Eagles for the annual fundraiser in support of breast cancer.

PO Joseph opened the scoring at 12:17 of the first period. His second of the season was assisted by Chris Chaddock and Gregor MacLeod.

Joseph, at just 17-years-old, is in his second season with the Islanders and has felt much more comfortable this year compared too last.

“I have a lot more confidence in myself as well as from my teammates and my coach. You get a little more used to the league as you play more games and it’s felt a little easier to jump in offensively and stuff like that.”

After losing the first two meetings of the season to the Cape Breton Screaming Eagles, Joseph and the Islanders had a little bit of a chip on their shoulders as they looked to beat their divisional rivals.

“After losing to them two times so far this season we really wanted to bounce back and I think we did that tonight.”

Filip Chlapik made it 2-0 just three minutes after Joseph’s goal. His league leading ninth of the season was assisted by Cody Donaghey and Mitchell Balmas.

Fast forward to the third period and the Islanders led 2-1 until Kameron KIelly scored the eventual game winner at 11:27. His seventh of the season, assisted by Mitchell Balmas, sent the pink-wearing Eastlink Centre into a frenzy.

Cape Breton would press late in the third and make it a one goal game, but Matthew Welsh was sharp in goal until Filip Chlapik’s empty net goal with 11 seconds left sealed the deal.

The Islanders improve to 6-3-1 on the season and lead the Maritime Division.

The Islanders now hit the road for three games in Quebec. On Wednesday they are in Victoriaville, Friday they visit Baie Comeau and Saturday they travel to Chicoutimi.

Don’t miss a second of the action on islesradio.com, starting 10 minutes before puckdrop.