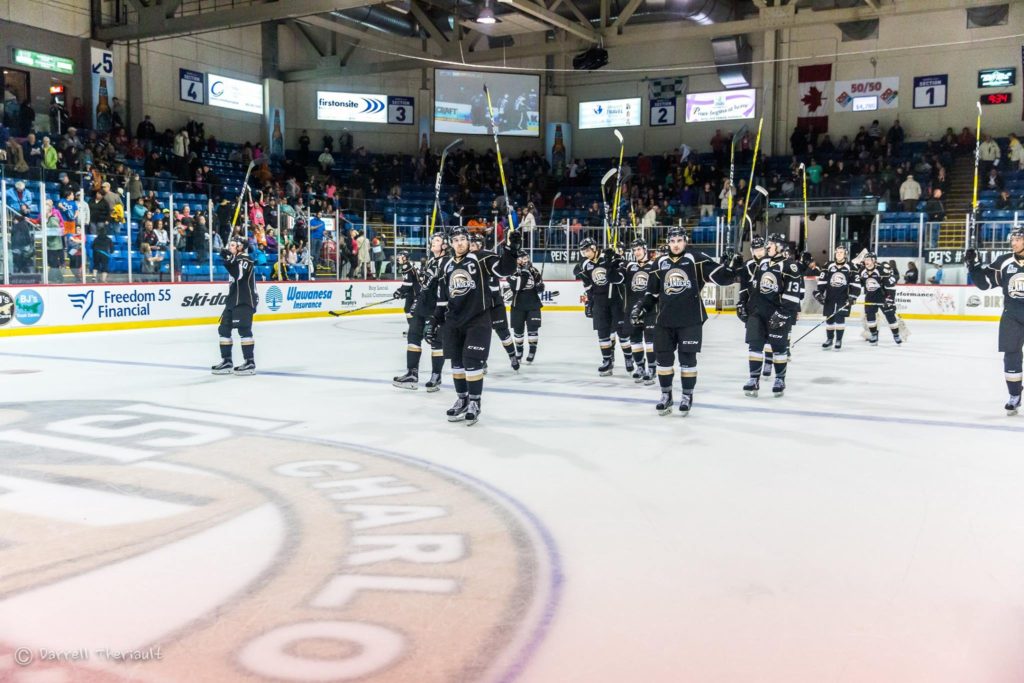 The Charlottetown Islanders welcomed the defending QMJHL Champions and current league leaders to the Eastlink Centre on Friday night, where the Islanders won in a shootout.

Keith Getson and Filip Chlapik scored less than a minute apart in the second period and Chris Chaddock scored in the shootout as the Islanders beat the Rouyn-Noranda Huskies 3-2.

Matthew Welsh stopped 35 of 37 shots through 65 minutes and shut the door on all three Rouyn-Noranda players in the shootout in the win.

This is the Islanders fourth win in a row and improves their record to 17-10-1-0 on the season.

Last weekend, the Islanders beat both the Shawinigan Cataractes and Quebec Remparts at home. On Wednesday, they travelled to Acadie-Bathurst and beat the Titan 5-1.

The newest Charlottetown Islander made his debut on Friday night. Defenceman Tyler MacArthur was picked up after he cleared waivers earlier this week.

After his first game with the Islanders, he said he was happy with how it went.

“There’s definitely an adjustment period getting used to the different systems and what not, but the boys and the coaching staff helped me out a lot so it was a good game for us,” he said.

The 19-year-old, who was a +1 in the win, said Islanders fans can expect a defensive defenceman when he steps on the ice.

“I’m a simple defensive guy. I’m going to shut down the other teams, kill penalties, bring a physical presence and some leadership.”

They are back at it tonight night against the Val-d’Or Foreurs at the Eastlink Centre.

Gametime tonight is 7PM. Tickets available online at eastlinkcentrepei.com or by phone at (902) 629-6625!

-With his goal tonight, Keith Getson now has 10 points in his last 9 games.