Islanders head to Quebec for final time this regular season 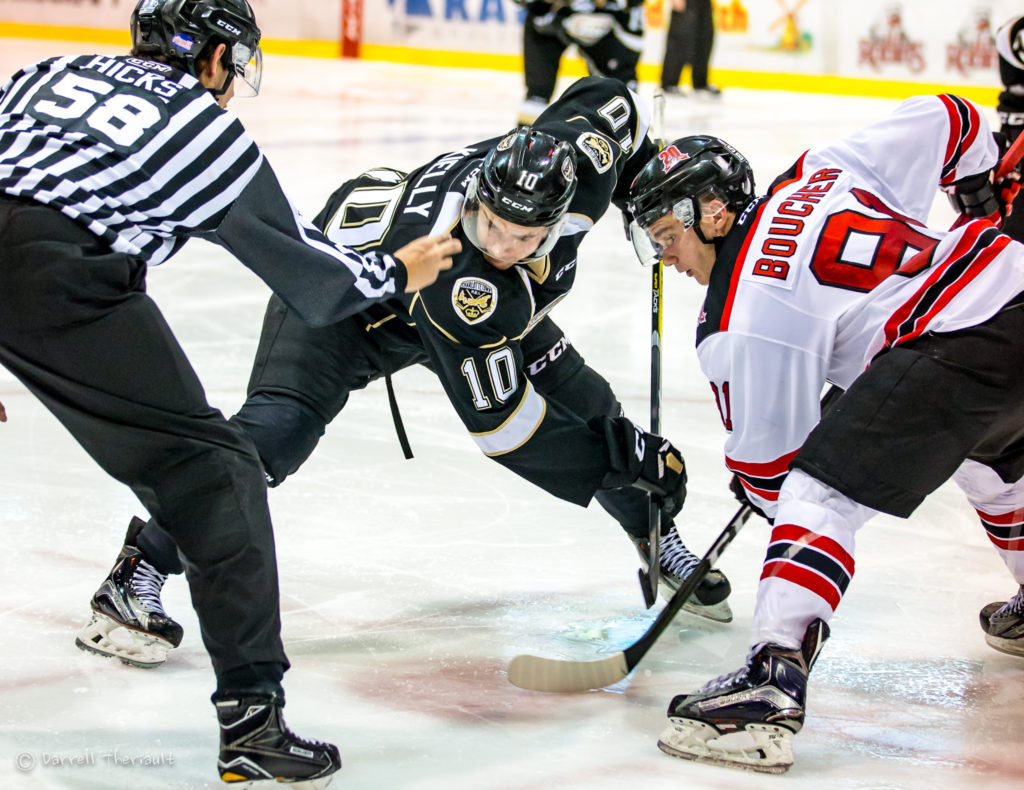 With only 12 games remaining in the 2016-17 season, the Charlottetown Islanders are heading to Quebec for the final time this regular season.

They will play three-games in three-days, including an afternoon game on Sunday.

Adam Marsh will miss the first two games of the trip as he serves a suspension stemming from a game with the Halifax Mooseheads last Saturday night.

Chris Chaddock, who has missed two months due to injury, is expected to draw back into the lineup at some point this weekend.

On Friday night, they will take on Alex Barre-Boulet, Pierre-Luc Dubois and the Blainville-Boisbriand Armada. They sit third overall after 57 games and are atop the West Division with 36 wins and 78 points. The Islanders have 37 wins and 77 points in 56 games.

The Armada are coming off a 2-1 win over the Sherbrooke Phoenix on Sunday.

On Saturday, the Islanders are at the Videotron Centre in Quebec City to take on the Remparts.

The Remparts sit in 10th place with a 28-24-4-2 record. They are led up front by Matthew Boucher and Philipp Kurashev while Evgeny Kiselev has got most the starts in goal since the team traded away Callum Booth.

The game starts at 8pm AST.

The weekend wraps up on Sunday afternoon in Rimouski, as the Islanders and Oceanic clash at 4pm AST.

Rimouski sits 13th in league standings after 58 games. Tyler Boland leads the team, and leads the league, in points with 41 goals and 52 assists in 58 games.

If the playoffs started today, the Islanders would take on the Oceanic.

Both Rimouski and Blainville-Boisbriand will be at the Eastlink Centre in Charlottetown next week.

You can listen to all the action at islesradio.com

Related Links
vs. Armada vs. Remparts vs. Océanic
More News