lecavalier rimouski Inside the numbers lafrenière
by
David Brien 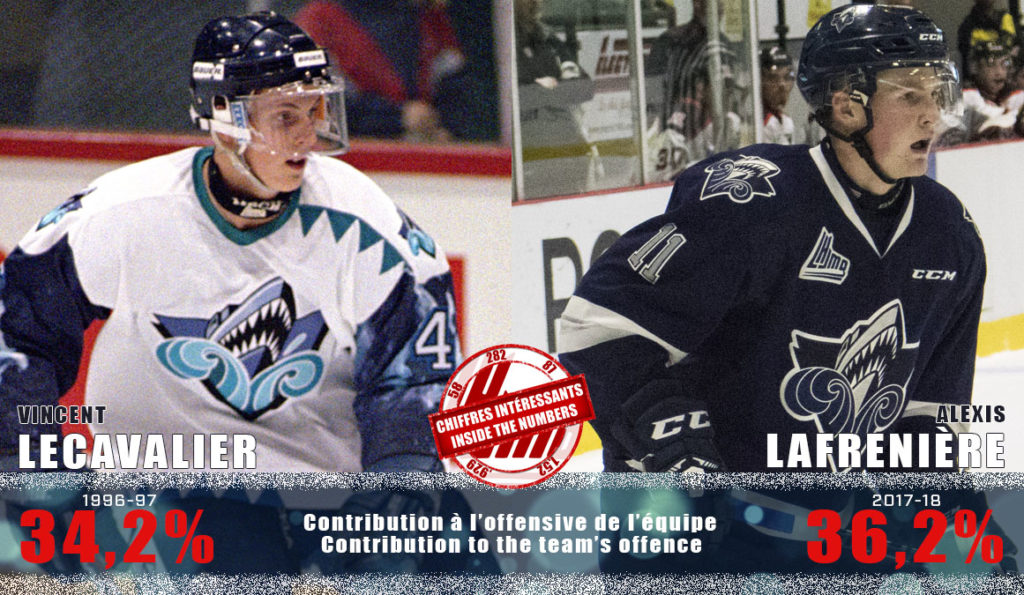 This week, we take a look at the offensive production of the QMJHL’s latest sensation, Alexis Lafrenière of the Rimouski Océanic.

While he may only be 16 years old, Lafrenière has still managed to impress everyone who has seen him play since the start of the season. He is currently leading the Océanic with both his 22 goals and 42 points amassed in 34 games played.

Lafrenière’s personal successes are undoubtedly a major factor in his team’s success as well. As of today, the Océanic finds itself in third place of the general standings with its 25 wins in 40 games.

Other than his undeniable talent, what impresses most about Lafrenière is the fact that up to this point he’s had a say in a remarkable 36,2% of his team’s offensive production. In other words, the rookie has contributed – whether with a goal or an assist – in more than one out of three goals his team has scored.

In comparison, former Océanic superstar Vincent Lecavalier ended the 1996-97 season by contributing in 34,2% of his team’s total offense, even though he was only 16 years old as well!

Lecavalier, though, ended his rookie season with a total of 42 goals and 102 points, one season prior to getting selected with the very first pick of the NHL Entry Draft.

Is this a sign of things to come for Lafrenière? Only time will tell, but for now all have to do is sit back and enjoy the show he’s brilliantly offering us!