Impressive numbers being put up by Moose prospects 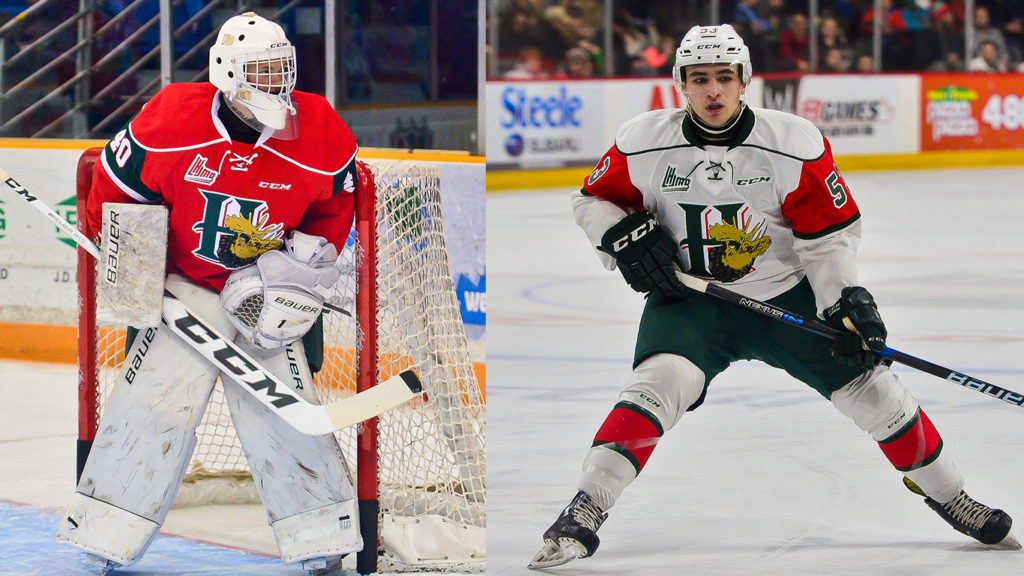 The 2016-17 hockey season was a good one for a handful of Mooseheads prospects playing Major Midget in both Nova Scotia and New Brunswick.

The latest performance by goaltender Cole McLaren made for great water cooler fodder for hockey fans all over the province on Monday morning after an outstanding 86 save effort in the Valley Wildcats’ 2-1 loss in the fifth overtime against the Halifax Macs Sunday night. McLaren is looking like a steal for the Mooseheads who nabbed him in the eighth round, 129th overall in last June’s Quebec Major Junior Hockey League Entry Draft. The Annapolis Royal native has stopped 203 of the 210 shots he has faced in four playoff games for a save percentage of .967 and a goals against average of 1.31.

The Mooseheads signed 17-year-old Cole Waugh in early December and he went on to score 20 goals and 22 assists for the Moncton Flyers en route to being named a 2nd-team All-Star in the New Brunswick/PEI/Major Midget Hockey League. He hasn’t slowed down in the playoffs either in leading the league in points with eight (five goals, three assists) in three games.

Brandon Stone of the Halifax Macs had a huge year on the ice with the Macs and tied for fourth in scoring in the NSMMHL with 60 points by scoring 37 goals and 23 assists. The Mooseheads selected Stone in the eighth round with the 133rd overall pick. He’s added another three points in four playoff games and has run into a hot goalie in fellow Halifax prospect Cole McLaren.

Stone’s teammate Ian MacPhee has seen action in a few games with the Mooseheads this season and like Waugh, he’s a 17-year-old prospect. MacPhee was more than a point per game player with the Macs in the regular season with 32 points in 30 games (13 goals, 19 assists). He’s been good in the playoffs too, by picking up four points in four games. MacPhee plays good defensively by using his size to his advantage and isn’t afraid to go down and block shots when he needs to.

The highest selected player of the group is Dartmouth Steele Subaru forward Jordan McKenna. The Mooseheads used the 75th overall pick (5th round) to scoop up the talented player and he has done well in midget this season with 42 points (17 goals, 25 assists) in 37 games. McKenna is among the league leaders in playoff points with eight in four games played. He rarely puts his team in a shorthanded position as evidenced by his mere 10 penalty minutes in a career 73 regular season games with Dartmouth.

The Mooseheads have some good pieces on which to build for the future with this young crop of players and they will add to the stable of prospects on Saturday, June 3rd in Saint John. Halifax owns it’s own picks in each of the first three rounds of the draft which is being touted as one of the deepest in terms of talent in recent years.

The next home game for the Mooseheads is Wednesday, March 15th at 7pm against the Charlottetown Islanders before the club wraps up the regular season at home on St. Patrick’s Day Friday, March 17th versus Cape Breton and Saturday, March 18th at 4pm against the Sea Dogs.

Tickets for all Mooseheads home games are available now at the Ticket Atlantic Box Office at Scotiabank Centre, select Superstore Outlets, TicketAtlantic.com or by phone at 902-451-1221