Huskies Battle from Behind to Capture First Memorial Cup Championship 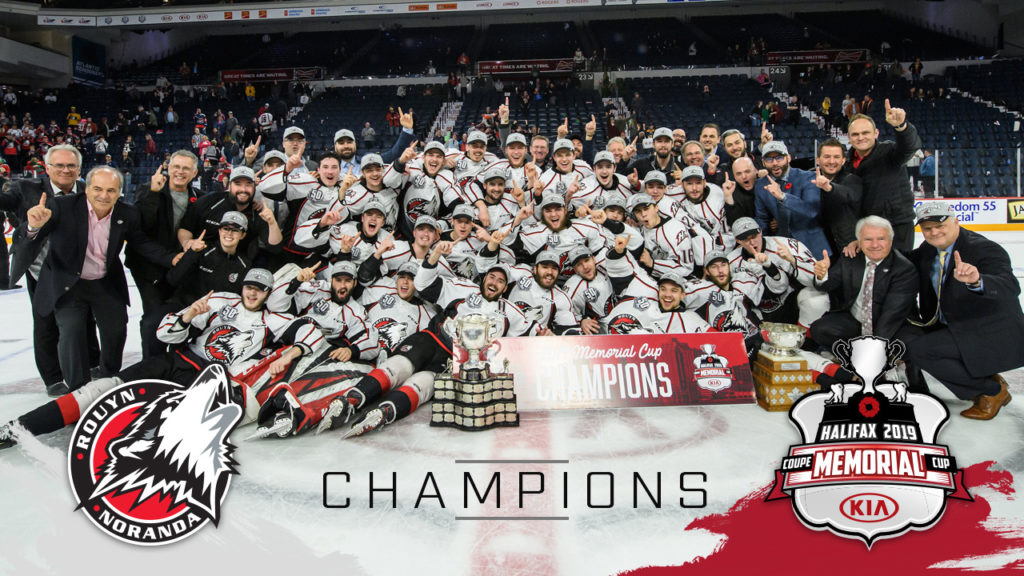 The Rouyn-Noranda Huskies have completed their historic season as the champions of the Canadian Hockey League.

Rallying from two goals down in the second period, the Huskies earned a 4-2 triumph over the host Halifax Mooseheads in the championship game of the 2019 Memorial Cup presented by Kia.

Felix Bibeau, Joel Teasdale, Peter Abbandonato and Vincent Marleau found the back of the net for the Huskies, who conclude the 2018-19 campaign with a total of 79 victories, regular season, playoffs and Memorial Cup combined. Samuel Harvey turned aside 23 shots for the win as the Abitibi squad captured the coveted trophy for the first time in franchise history.

Teasdale, who finished tops among all scorers during the QMJHL postseason, was awarded the Stafford Smythe Memorial Trophy as the tournament MVP thanks to his four goal, five-point performance during the event. 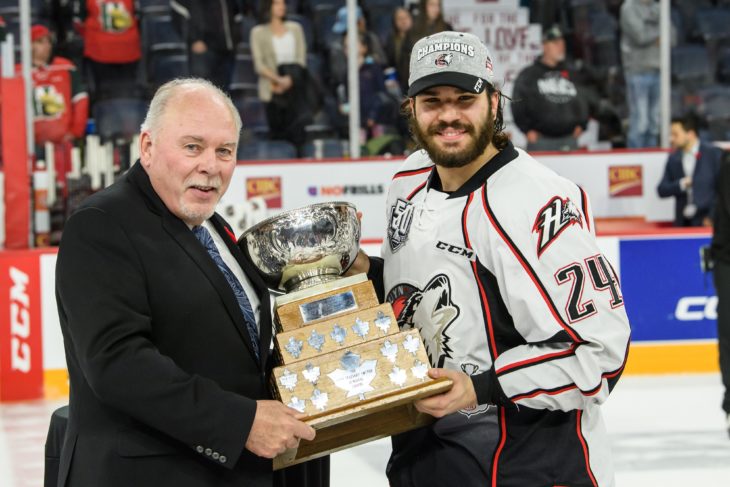 The Mooseheads countered with goals from Samuel Asselin and Raphael Lavoie. Alexis Gravel made 31 saves between the pipes for the Memorial Cup tournament hosts.

The Mooseheads would carry a 1-0 lead into the dressing room after 20 minutes. Asselin, with the home side on the powerplay, caused the arena to erupt with just 44 seconds remaining in the first period. Following up on a point shot from Jake Ryczek, the overager stuffed home the rebound past Harvey for his third goal of the tournament.

The Moose would take a 2-0 lead on a fortuitous play at the 5:26 mark of the middle frame. Benoit-Olivier Groulx, fresh out of the penalty box, dislodged a bouncing puck from the grasp of Huskies defenseman William Cyr and sent Lavoie in on a breakaway. The projected first rounder in the 2019 NHL Entry Draft made no mistake beating Harvey on a nifty forehand deke.

Bibeau would then cue the Huskies comeback at the 10:27 mark by pouncing on a loose puck in the slot and burying a quick wrister over the glove-side shoulder of Gravel for his tournament-leading fifth goal.

The Huskies would tie the game thanks to a breakdown behind the Mooseheads net at the 15:11 mark. Tyler Hinam would pry the puck free along the end wall for Teasdale, who would swoop in unchecked and connect on a wraparound tally.

The Huskies would take the lead at the 3:02 mark of the third when Jakub Lauko fed a short pass to a streaking Abbandonato who found a way behind the Halifax defense and deposited a rising wrister past Gravel for what would prove to be the Memorial Cup winning tally.

Marleau would make it a 4-2 contest at 5:03, finding himself unchecked in front of Gravel and flicking a wrist shot past the Mooseheads netminder.

The Huskies triumph is the second in a row for the QMJHL at the Memorial Cup and the fifth over the course of the past decade.