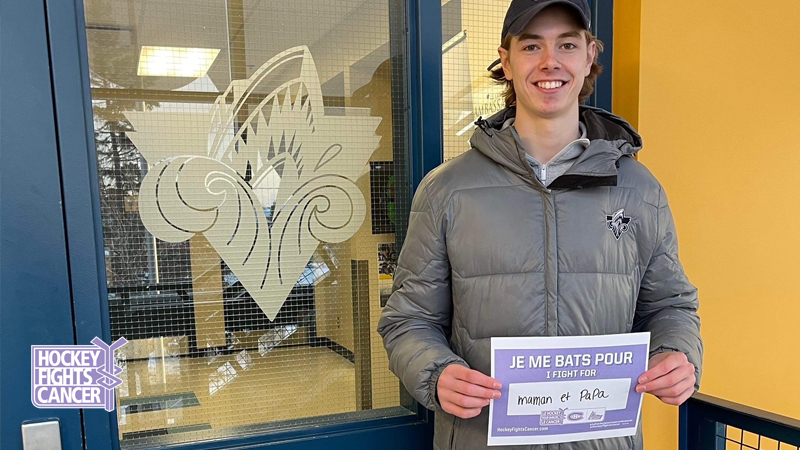 Julien Béland is solid as a rock. At 19 years old, the Rimouski Oceanic forward has already been through many trials and tribulations, and each time, he has come out stronger.

At the age of 14, he learned that his father Jacques had colon cancer.

“It was very difficult. My parents weren’t sure if they wanted to tell us right away,” he recalls. “My dad had a kidney transplant and he is followed by doctors every month, to make sure everything is okay. That’s how they were quickly able to detect the cancerous mass. But it was still difficult to accept because my father’s health is really fragile.”

Despite the shock, Julien’s parents, Jacques and Isabelle Béland, have always remained positive.

“They’ve always focused on their children. My father has always remained positive, despite what he was going through. That gave me even more courage to get through it all and work hard in all areas of my life. 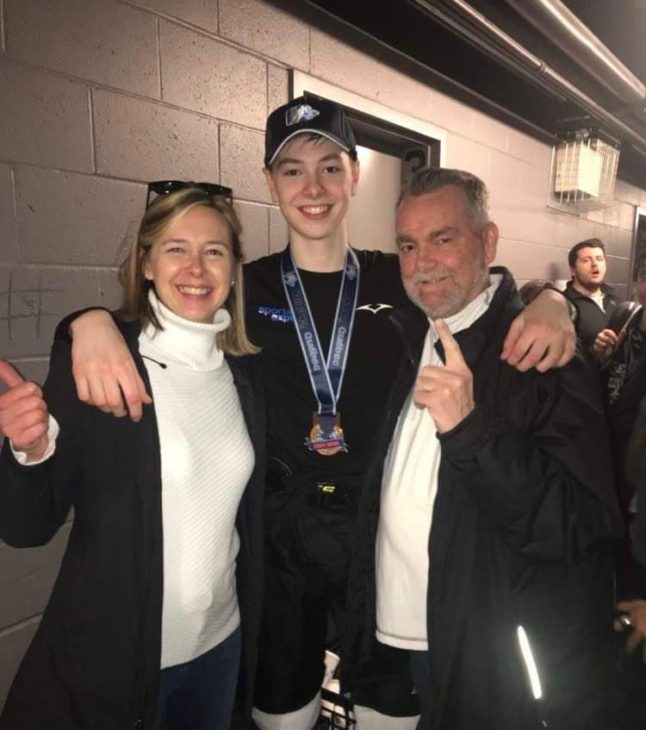 Julien Béland was also able to count on the support of his brother Tristan and his sister Emma to get through this ordeal. And as if their situation wasn’t difficult enough, the family learned that Isabelle was suffering from breast cancer in 2021.

The Quebec City native first learned about it when his parents paid him a visit in Rimouski in October. Fortunately, the cancerous mass was detected quickly, and a surgical intervention was able to eliminate all the cancerous cells.

Isabelle would, of course, undergo chemotherapy treatments to prevent the possible return of the malignant cells.

Despite these two hard-to-swallow setbacks, Julien Béland remained as straight as an oak tree.

“It wasn’t easier to live with, but it was a little more reassuring at least. The hardest part was that I was far from home and couldn’t help my mother out. I still tried to stay as strong as possible for her though,” he admits.

Julien Béland also wishes to underline the unwavering support of his coach Serge Beausoleil during these tough times.

“He often gave me permission, when we played in Quebec City, to go back home. It allowed me to take a break from hockey and to spend some quality time with my family.”

Béland says that all these difficult events have changed his perspective on things. In particular, he wishes everyone would realize the devastation cancer has caused to thousands of families.

“The most important thing right now is research, to find solutions to beat the disease,” he says. “As soon as you have a small concern, you have to tell your doctor. Because it is by discovering it as early as possible that you have the best chances of being cured.”

Nowadays, the hockey player says he is blessed to see Jacques and Isabelle on the road to recovery.

“My parents are extremely positive people and they always believed they would get through this. They remained strong and courageous. I am so proud of them!”