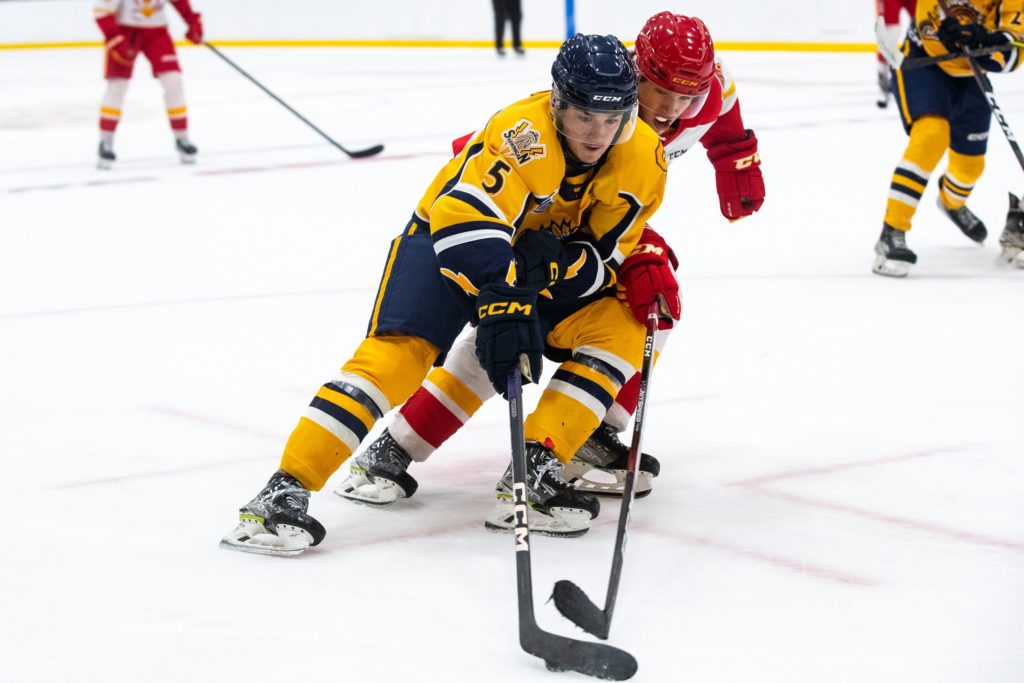 Lou-Félix Denis is currently playing his third season in the QMJHL and second with the Shawinigan Cataractes as one of the veteran leaders of the team’s defensive corps. But despite lifting the President Cup at the end of last season, the 19-year-old’s sophomore year was especially challenging due to the death of his grandfather following a battle with lung cancer.

Just like every other obstacle he faced throughout his life, Denis’ grandfather took his diagnosis in stride. He continued to live his life as best he could, which helped his family members carry on with their daily lives while also making sure to keep thinking of him.

“When we found out my grandfather had cancer, I really think it was hard for everyone,” explained Denis. He was someone who was physically strong, and we didn’t expect him to get diagnosed with cancer. But he took it well, he was already of a certain age, so he was very calm about it and that helped us accept it.”

It was his grandfather’s zest for life that inspired Denis the most. No matter what hardship or challenge he dealt with, he always found a way to see the positive in every situation and was always looking for solutions. 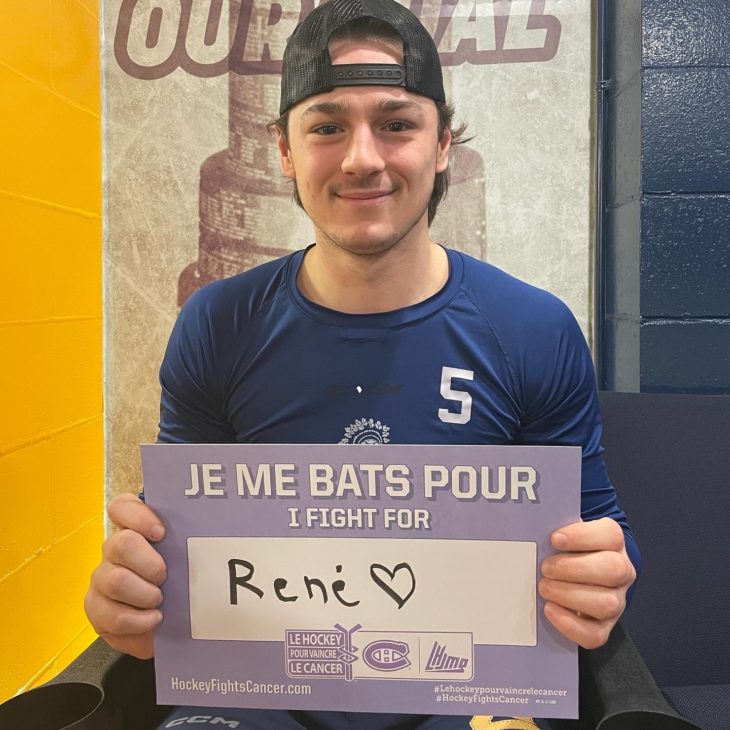 Lou-Félix recalls the time he had an accident with his grandfather’s four-wheeler. He thankfully wasn’t hurt, but the ATV was quite damaged and in need of significant repairs. His grandfather told him not to worry, because the most important thing is that he was ok. It’s that same serenity that helped him cope during his battle with cancer.

Denis’ grandfather opted not to receive treatment for his cancer so that he could live his life to the fullest, right until the end, while enjoying the activities he loved most like hunting and fishing. He wasn’t the biggest hockey fan but would always ask his grandson how things were going at the rink.

Following his death, hockey became Lou-Félix’s escape. The game helped him stay busy and playing was his way to honour his grandfather’s memory. It allowed him to think of something else, rather than just his grief.

The biggest lesson that Denis learned from his grandfather’s cancer battle is that you are never alone, especially in the face of adversity.

“Yes, it is a tough ordeal, but there are always positives to be found,” said Denis. “There are plenty of people around you who will lift your spirits up, help you heal better, and also support you in your battle.”

There is no doubt that Denis’ grandfather imparted a lot of wisdom to his grandson throughout his young life. And it happens that he saved his most valuable lesson for last.