Hockey Fights Cancer: A battle that hits close to home for Ruggiero 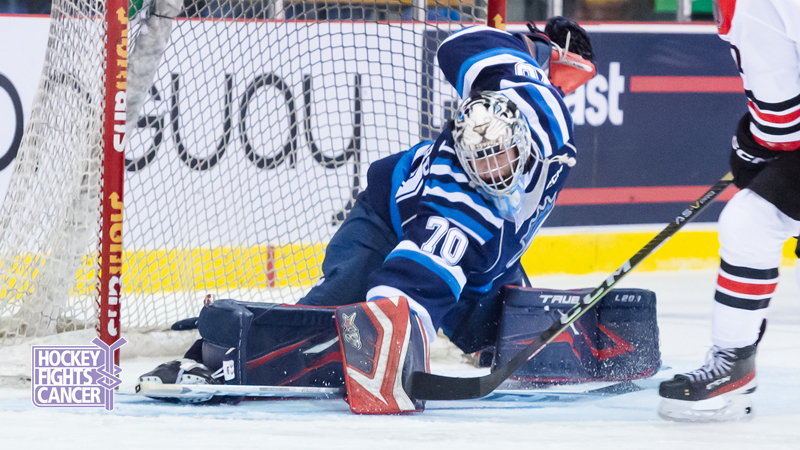 It’s heartbreaking news that nobody wants to hear. Last November, Luciano Ruggiero learned that his father, his biggest supporter, had been diagnosed with Stage 4 pancreatic cancer.

At the time, he was given one month to live. But fast forward to one year later, Ruggiero and his dad are thriving, each in their own way.

The 16-year-old goaltender is in the midst of his rookie season with the Chicoutimi Saguenéens after being selected 19th overall in the 2022 QMJHL Entry Draft. Meanwhile, his father is living life to the fullest while receiving treatment in the form of injections. Since his diagnosis, the cancer has stabilized, and he has been improving.

“I channel everything for him,” said Ruggiero. “He’s my motivation and I want to prove to everyone, especially him, that if I can rise to the occasion, he can do it too. I just try to bring that energy into my game and into my everyday life.”

Just a few weeks after the cancer diagnosis, Ruggiero played in the provincial championship with the Laval-Montréal Rousseau Royal, his U17AAA team in the LHEQ. The whole squad had in mind that they were going to fight for Ruggiero’s dad and win it all for him. And that’s exactly what they did.

They worked hard, pulled off multiple upsets and got to live an unforgettable moment; when Ruggiero’s father went on the ice to celebrate with the team during the trophy presentation. 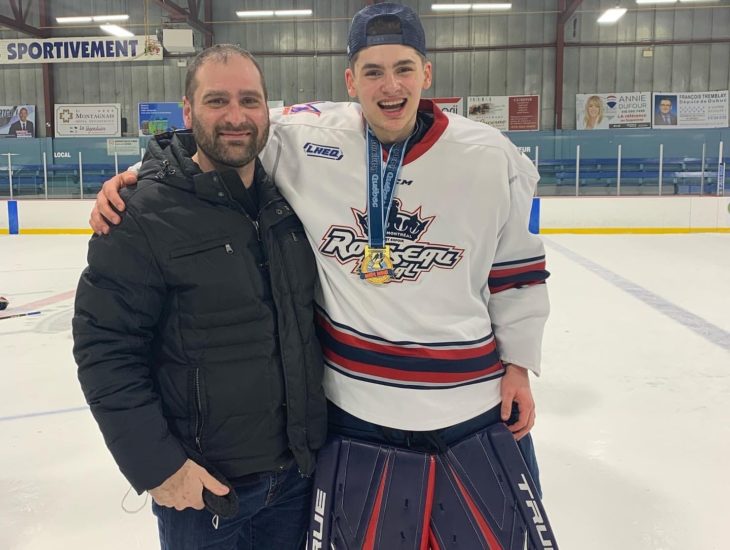 Ruggiero first learned how to skate when he was four years old, because his father wanted him to try sports to ensure that he was doing enough physical activity at a young age. He enjoyed it, so the next step was to sign up for hockey. He started off as a skater but didn’t enjoy it and wasn’t really applying himself.

He then reluctantly converted to the goalie position thanks to his dad’s encouragement, even though he initially wanted nothing to do with putting on all the extra equipment. The rest, as they say, is history.

Ruggiero has always received a lot of support from his father throughout his hockey journey. But lately, the roles have been reversed and it’s him who’s now using his son as an inspiration during his courageous fight against cancer.

“Watching me succeed and watching me do great is his biggest pride and joy. That’s what he’s been telling me”, explained Ruggiero. “Obviously, it helps him. People say miracles can’t happen, but at the end of the day, they do. At the beginning, the doctor said he maybe had a month to live and now he’s clearly past that.”

While his father’s battle continues, Ruggiero is determined to continue fighting to find a cure for this awful disease that impacts so many families like his. Advocating for a cure by telling his story isn’t just important, but for the past year, it’s also been incredibly motivational for the young netminder. 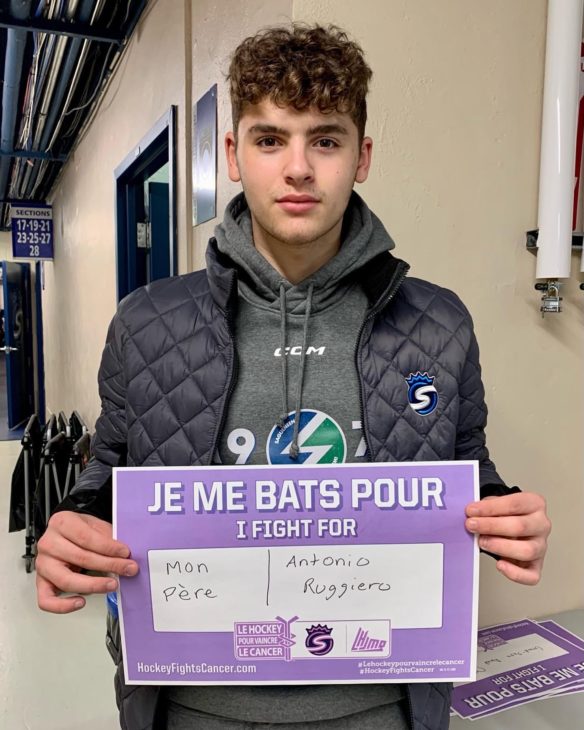