Hendrix Lapierre voted the Offensive Rookie of the Year 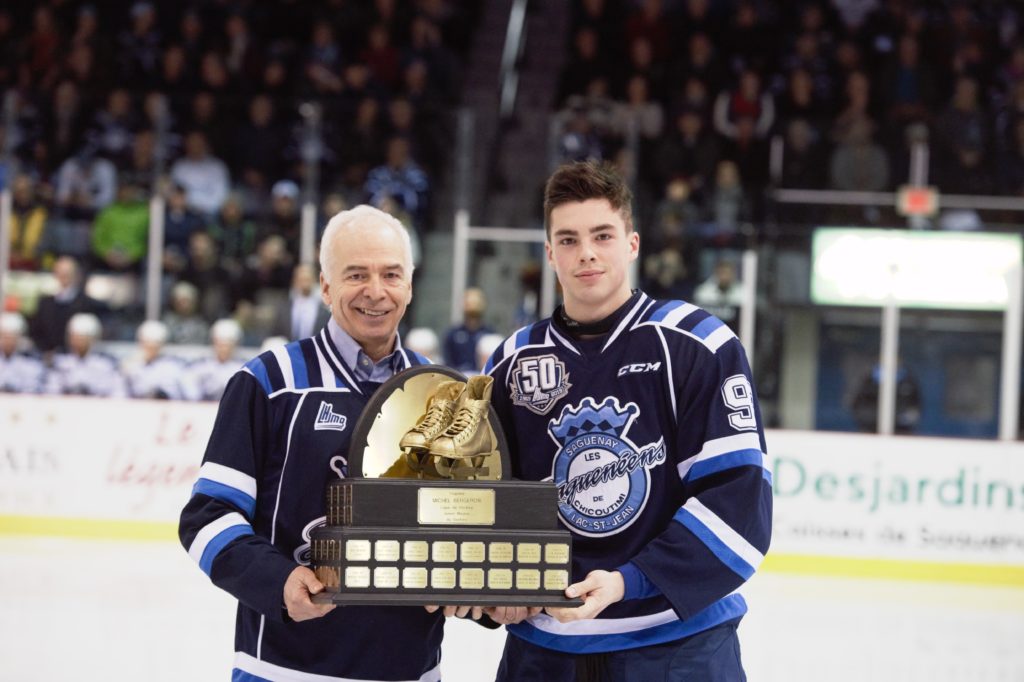 Chicoutimi Saguenéens’ forward, Hendrix Lapierre, was voted the offensive rookie of the year by the QMJHL selection committee. He received the Michel-Bergeron trophy prior to game #3 of their playoff series against the Rimouski Océanic.

Lapierre had an extraordinary season in which he tallied 13 goals and added 32 assists in only 48 games with Chicoutimi. Only Vladislav Koktov, who posted 61 points in 65 games, had more points than Lapierre with the Sags. The Gatineau, QC native was the first-overall pick of the 2018 QMJHL Draft in Shawinigan.

The Michel-Bergeron trophy was presented by Sagueneens’ President, Richard Létourneau.