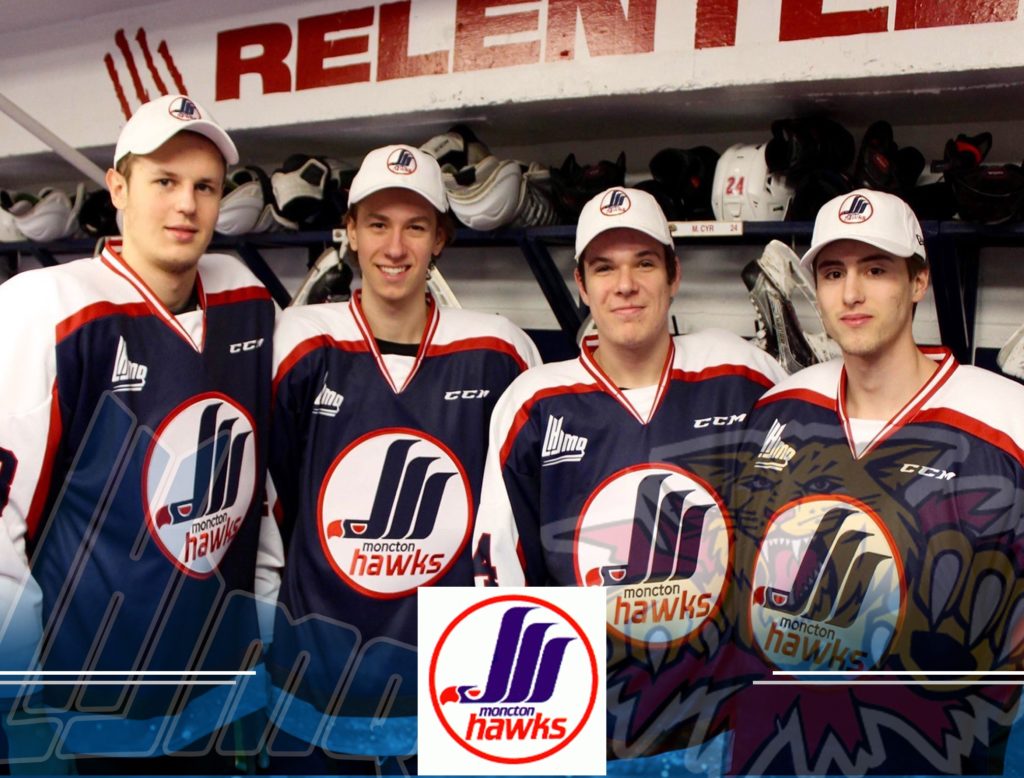 The history books, banners and indelible memories are all that remain of an exciting time in local hockey history.

The Hawks moniker can be traced back through the annals of Hub hockey history. From grassroots minor hockey to the pros, the Hawks logo may have changed over time, but it remains etched on the very fabric of the city.

From 1979 to 1994 the region’s hub witnessed the highs and lows of hockey’s top minor professional league. From players on their way to stardom, to aging veterans wanting one final shot at “the show”, the AHL offered fans a unique perspective inside the world of professional puck.

“There is great history in Atlantic Canada with the American League and we are very proud of it,” said Dave Andrews, who has served as the circuit’s president and chief executive officer since 1994.

“The Atlantic Division back then, from the early 80’s to the mid 90’s, was essentially half of the American League”, he explained. “If you look at the history of our league and the National Hockey League, and all of the players that came through the AHL in the Maritimes, it’s a big part of people’s lives and a big part of the story of our game.”

The eclectic Moncton Coliseum, which was home to so many memorable performances, is in its final season. The Wildcats have been paying tribute throughout the 2017-2018 campaign, but tonight’s game will have special meaning, honouring the city’s connection to the AHL and all the players who once called Moncton home.

“As part of our final season at the Coliseum celebration it would have been a big miss to not pay tribute to this era of the Coliseum’s history,” said Moncton Wildcats Director of Business Operations, Ryan Jenner.

“This was a big undertaking for us. We had some great support from people in the community to organize these events throughout the season, including Dale Hicks, who was involved with many of the teams.” Jenner added. “We felt it was important to close this chapter on the building with the respect it has earned as a top venue in eastern Canada for so long.”

From memorable individual performances to triumphant team success, the Coliseum faithful have seen it all.  Moncton has witnessed the birth of countless hockey heroes over the course of the city’s American Hockey League and QMJHL history.

“Many players came through here and went off to have very successful playing and coaching careers in the NHL”, said Jenner. “In speaking with many of them, they have very fond memories of their time in Moncton and how they were treated in the community.”

Emotions will run high for many fans tonight when they see the Moncton Hawks colors take to the ice.  In 1994, the city was struggling to come to grips with the impending relocation of its beloved American Hockey League franchise. The Hawks on the other hand were poised to raise the Calder Cup, and go out on top in their final year of existence.

Unfortunately for the franchise, the Portland Pirates and Olaf Kolzig stood in the way of the Cinderella story.  There would be no storybook ending for the city or the Hawks. Kolzig was MVP of the playoffs, and thoughts of the Calder Cup and the AHL turned to heartache.

From Calder Cup glory in 1982 with the New Brunswick Hawks to the sad end of an era in 1994, the AHL will always have a special place in the hearts of Monctonians.

Moncton may now be the quintessential junior hockey city, but for one night only, the memory of American Hockey League glory will live again through the QMJHL’s Moncton Wildcats.