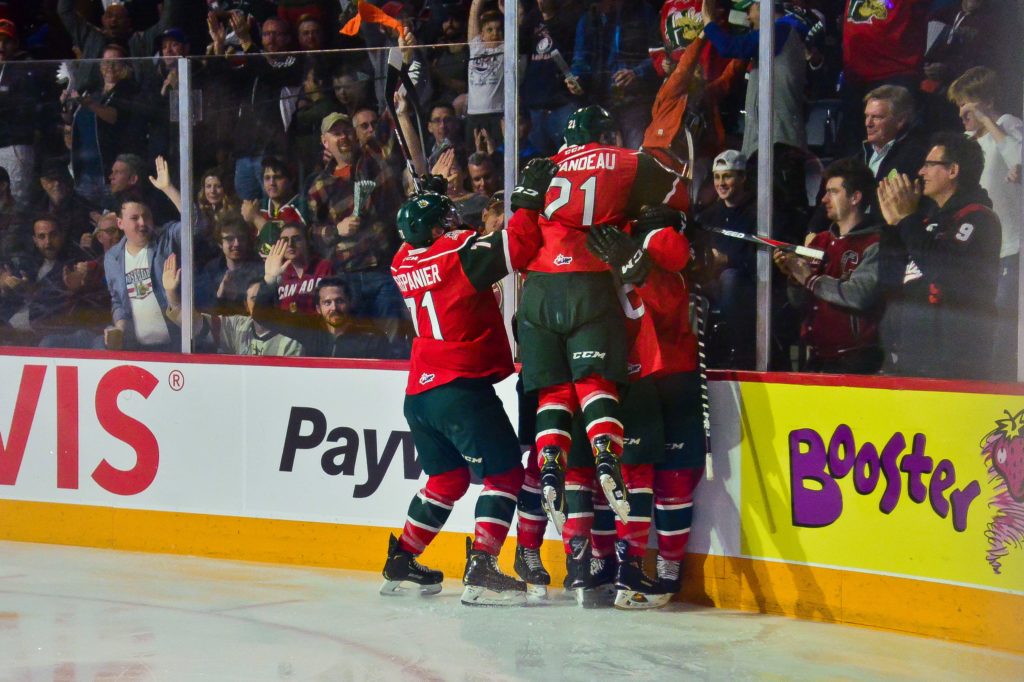 The Halifax Mooseheads have drawn even with the Rouyn-Noranda Huskies with a 5-1 home victory in Game 4 of the 2019 Rogers President Cup Final. With the win, enjoyed by the raucous Scotiabank Center crowd, the best-of-seven championship series is knotted up at two games apiece.

On the scoresheet, Arnaud Durandeau and Maxim Trépanier led the way with a goal and two assists each, while Benoit-Olivier Groulx scored once and added an assist and Alexis Gravel stopped 29 shots for the win. Peter Abbandonato would counter for the Huskies, who received 32 saves from Samuel Harvey.

The first twenty minutes would end in a 1-1 draw. Groulx would make it goals in three consecutive games when he opened up the scoring for the home squad at the 3:43 mark with his fourth of the postseason, depositing a second-effort backhander over Harvey.

Abbandonato would pull the Huskies even while on the man advantage at the 14:57 mark with his fifth of the postseason, rifling a wrister off the draw over Gravel’s shoulder. Félix Bibeau would draw an assist on the marker, extending his point streak to ten contests.

The Mooseheads would pour it on in the middle frame, outshooting the Huskies 18-5 and heading to the dressing room with a 3-1 advantage. Samuel Asselin would give the lead back to the Moose at the 6:54 mark of the second, tipping a point shot off the stick of Justin Barron and past Harvey for his eighth goal of the playoffs.

After a period of sustained pressure, Mooseheads’ Jocktan Chainey would walk in from the blueline and snipe his third of the playoffs with a wrist shot from in close with just over three minutes remaining in the period. It gave the Moose their first two-goal cushion of the series.

The Mooseheads kept pouring it on in the third frame despite being outshot 16-8 by the Huskies. Durandeau would put the game on ice in the third period by turning on the jets, breaking in alone on Harvey and snapping home his ninth goal of the playoffs with 2:48 remaining in the game. That tally extended the veteran winger’s point streak to seven games.

Trépanier would extend the Mooseheads’ lead to 5-1 by converting on the doorstep with ninety seconds to play in the game. The powerplay tally was Trépanier’s sixth of the playoffs.

The scene now shifts back to Rouyn-Noranda’s Iamgold Arena, where the pivotal fifth game of the Final will take place on Thursday, May 9th at 7p.m. ET.