Mooseheads Memorial Cup
by
Will MacLaren 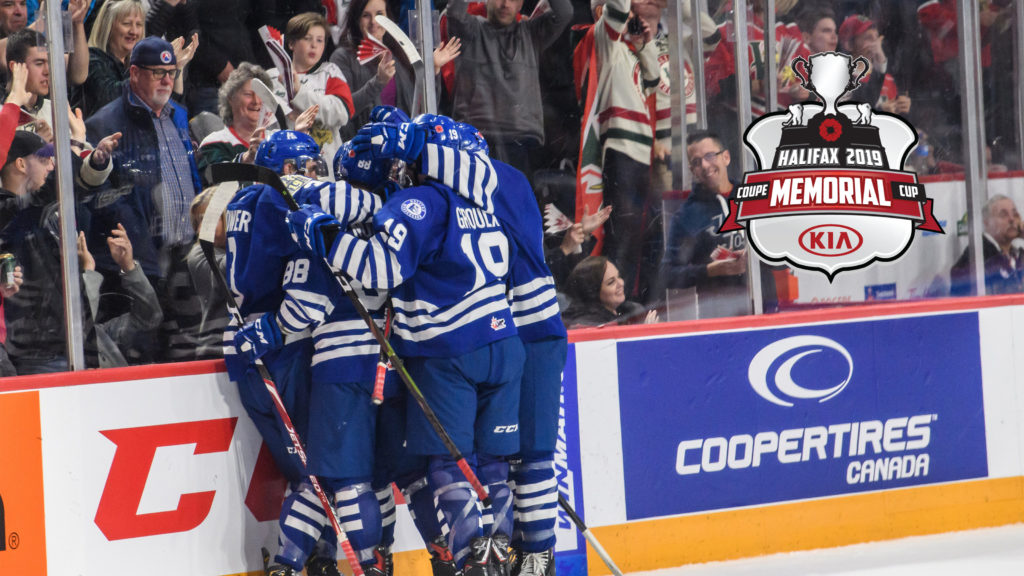 The Halifax Mooseheads’ opened up the 2019 Memorial Cup presented by Kia with a heaping helping of Maritime hospitality. They also helped themselves to a 4-1 victory over the Price Albert Raiders in front of an enthusiastic home crowd.

Samuel Asselin, Xavier Parent, Jake Ryczek and Antoine Morand scored for the Mooseheads, who received a solid 23-save effort from goaltender Alexis Gravel. Maxim Trepanier, who would be named the second star of the contest, chipped in with three assists. Noah Gregor would counter for the Raiders while Toronto Maple Leafs draftee Ian Scott came up with 33 stops.

Halifax would outshoot the Raiders 11-10 in an intense first period and would be rewarded with a 2-0 lead heading into the first intermission. Asselin, an all-star with the Acadie-Bathurst Titan at last year’s Memorial Cup tournament in Regina and the first star of this matchup, picked up right where he left off in 2018. He got the Moose on the board at the 10:49 mark, converting on a one-time pass from behind the goal line by Raphael Lavoie that found the back of the net from in tight over the shoulder of Scott.

The Moose would send the crowd into a further frenzy with 1:16 remaining in the opening period as second-year forward Parent converted a perfect rink-wide dish from Asselin to give the hosts a 2-0 advantage.

The Raiders would cut their deficit in half on just their second shot of the second period at the 10:46 mark as Gregor, a San Jose prospect and 13-goal scorer during the WHL postseason, would tip Max Martin’s shot form the point past Gravel.

The Mooseheads would reclaim their two-goal edge on the powerplay at the 15:52 mark as 2016 Chicago Blackhawks draftee Jake Ryczek fired a bullet past Scott from the rear right faceoff circle on a cross-ice feed from Trepanier.

The only goal of the third frame made it a 4-1 game as Halifax captain Morand would seal the deal with an empty netter at the 18:07 mark.