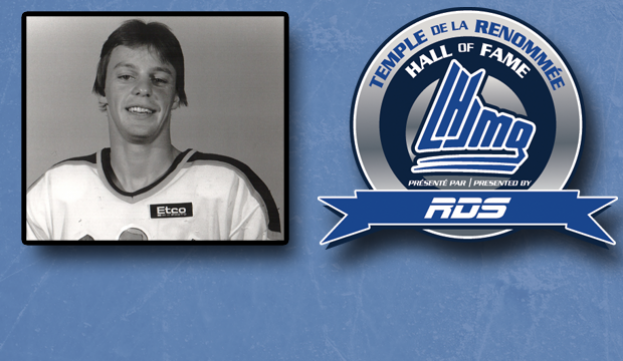 Gerard Gallant wanted to go back to Prince Edward during his first few weeks with the Sherbrooke Castors in 1980.

But each time the promising forward from Summerside felt homesick, Castors general manager Georges Guilbault was there to convince Gallant to stay. Guilbault kept telling the teenager that everything would be fine if he stuck it out until Christmas.

Gallant listened to the GM’s words of wisdom and went on to a stellar career in the QMJHL, winning two President Cups and competing in two Memorial Cup tournaments. That experience paved the way to a pro career that lasted over a decade.

“He was really good to me,” Gallant said of Guilbault. “I think he bought me the first two suits I ever owned. He’s still a good friend to this day.”

Guilbault will be among the first people Gallant thanks when he’s inducted into the QMJHL Hall of Fame on April 2 in Montreal. Gallant, now in his second season as an assistant coach with the Montreal Canadiens, is among four players and officials entering the league’s shrine. Also named were former NHL defenceman Patrice Brisebois (now Montreal’s players development coach), former Montreal Juniors centre Jean-Luc Phaneuf (who played in the old World Hockey Association) and former referee Normand Caisse.

“It’s nice to get honoured,” Gallant said. “It’s a great honour to get into the (QMJHL) Hall of Fame. I was fortunate to play with a lot of great players.”

That’s true of Gallant’s career in the QMJHL and in the NHL. But to play with “a lot of great players,” you’re often one yourself. That was the case with Gallant.

Gallant was chosen to play for his country after posting career highs in goals (39), assists (54) and points (93). The only disappointment of the 1988-89 campaign was Detroit’s early playoff exit.

The rugged winger suffered a career-ending back injury in 1995. He retired with 480 points in 615 games, along with 39 points in 58 playoff contests.

His final NHL campaign was spent with the Tampa Bay Lighting, who signed him as a free agent in 1993. Gallant returned to the Motor City for his final pro stint, this time with the International Hockey League’s Detroit Vipers.

In three QMJHL seasons, Gallant tallied 321 points and won league titles with Sherbrooke in 1982 and Verdun in 1983. He ranks fifth all-time with 90 playoff points, including 14 goals in 15 games in 1983 with Verdun.

Gallant later made his mark as a head coach in the QMJHL, guiding the Saint John Sea Dogs to a pair of league championships, a Memorial Cup title and three regular-season crowns. He was twice named coach of the year and his career winning percentage of .791 is a league record.

Aside from racking up all those victories, Gallant will also be remembered for the way in which he dealt with players. He recalls Tomas Jurco’s adjustments to life in the QMJHL as a rookie in 2009-10.

The skilled winger from Slovakia spoke little English, but he dreamed of playing in the NHL. Gallant drew on his experience in Sherbrooke, remembering how Guilbault took care of him and helped build his confidence.

“I remember the kid was lonesome,” Gallant said of Jurco. “It wasn’t easy for the first couple of months.”

Those words came out of Gallant’s mouth a night after he watched Jurco play for the Red Wings against the Habs. The Montreal assistant still marvels at how many players from his three Saint John teams have reached the NHL – Aside from Jurco, there’s Mike Hoffman (Ottawa), Simon Despres (Pittsburgh), Nathan Beaulieu (Montreal), Yann Sauve (Vancouver), Jonathan Huberdeau (Florida), Eric Gelinas (New Jersey) and Charlie Coyle (Minnesota).

“It’s a great feeling to see all these kids play in the NHL,” Gallant said. “It’s really hard to believe. It just goes to show the talent level of the kids we had.

“A lot of people put it together in Saint John, from (former associate coach and director of hockey operations) Mike Kelly to all the other assistant coaches and the training staff we had. The biggest thing, for me, is that we had a lot of fun.

“We had a special group. It was as good a time as I had in my life as a coach.”

Gallant’s first focus is doing his part to help the Canadiens have a prosperous playoff run. He appreciates the coaching experience he gained in the QMJHL, but admits he eventually wants to become a bench boss again in the NHL.

Gallant’s previous head coaching experience at that level came with the Columbus Blue Jackets. That was before his remarkable run in Saint John.

“I’m really enjoying what I’m doing right now, but the bottom line is that I want to be a head coach again,” Gallant said. “You take it one day at a time, you work hard and see what you can do.” 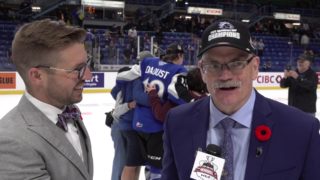 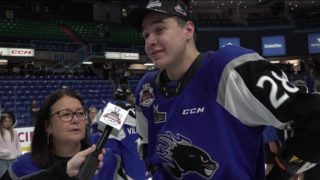 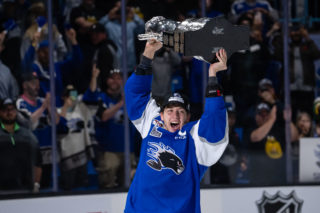 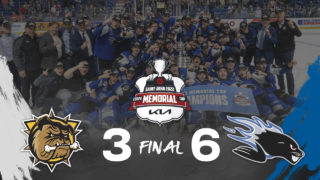