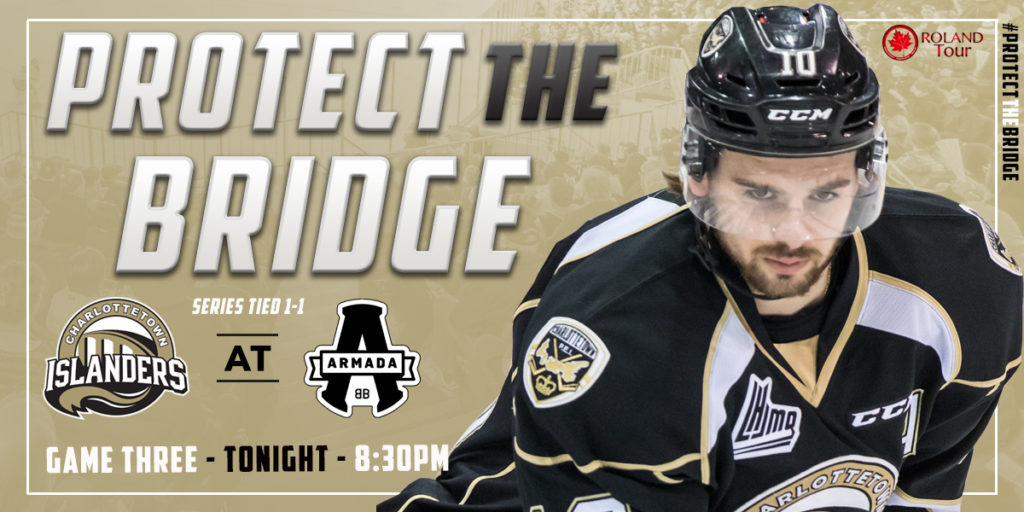 Game three of the third round of the QMJHL playoffs, brought to you by Roland Tours, goes tonight in Blainville-Boisbriand.

The Charlottetown Islanders won game one 3-0.

In net: Mark Grametbauer (CHA) and Samuel Montembeault (BLB) have started both games in net and are both 1-1 in the series.

Grametbauer has stopped 67 of 72. Montembeault has stopped 41 of 47. Both will start again tonight.

Points: In the series, Daniel Sprong (CHA) leads the way in points for both teams. He has 2 goals and 3 assists in the two games.

Lineup notes: Pascal Aquin (CHA) missed game two because of a suspension. It was announced on Monday that he will also miss games three and four. The suspension came after a hit in the first period of game one that ejected Aquin from the remainder of the game.

Blainville-Boisbriand’s Charlie Roy was injured on the play and missed the remainder of game one and all of game two. He is expected to miss game’s three and four.

For the Islanders, Adam Marsh will return to the lineup after missing game four of the second round series vs Cape Breton, as well as game’s one and two of this series.

Join your fellow Islanders fans at The Factory Cookehouse & Dancehall.