From Top Dog to Golden Knight 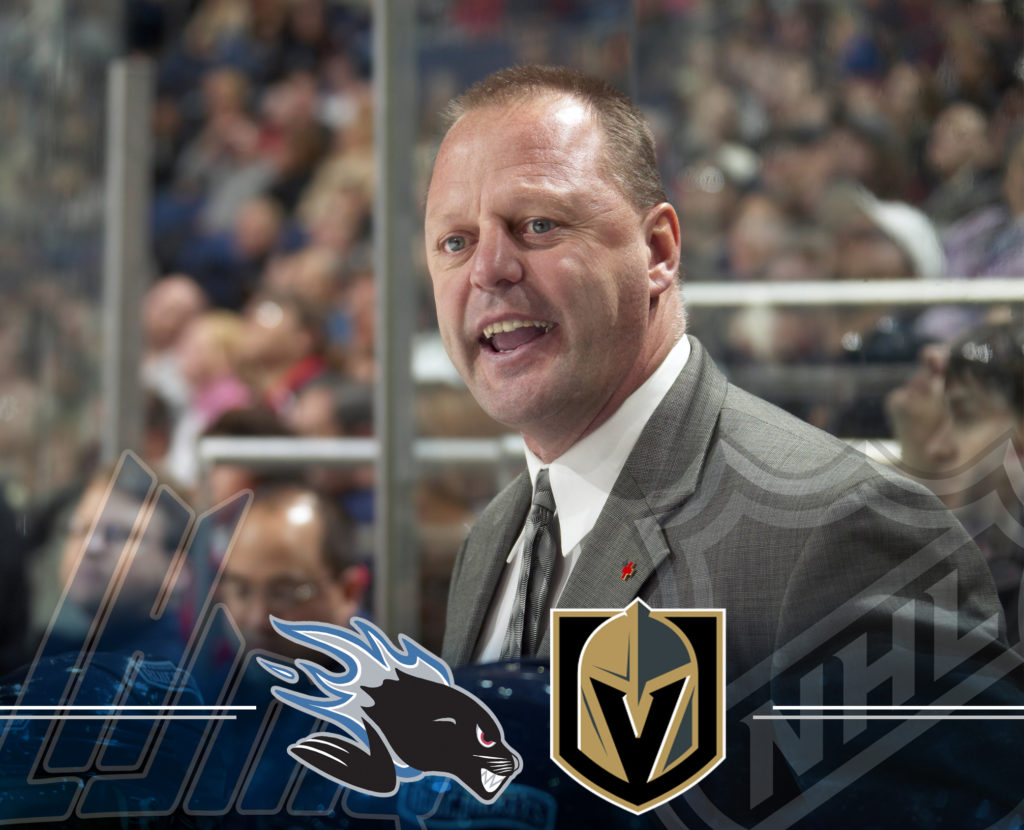 The Vegas Golden Knights are arguably the biggest story in the hockey world this season. As the NHL’s 31st and newest club, expectations were understandably low as the Golden Knights embarked on their maiden season this past fall.

What no one could have predicted at the time was not only the hot start the club would experience to surge into the league’s upper echelon, but its ability to maintain that lofty location in the standings. A myriad of people from various areas of the organization have earned credit for the Cinderella story in Sin City. This includes a handful of personnel with connections to the QMJHL.

One of the most vital people within the Golden Knights hierarchy with ties to the “Q” is the Head Coach. Following a lengthy playing career, Gerard Gallant rose swiftly through the coaching ranks, reaching the NHL in 2001 with the Columbus Blue Jackets.

Since that time, the Summerside, P.E.I., native has found himself behind the bench of four other clubs at the league’s highest level. Sandwiched between stints in the NHL, Gallant made his way back to the “Q”, where he spent three seasons as a player from 1980-83, as the Head Coach of the Saint John Sea Dogs.

Gallant’s time at the helm of the Dogs was the stuff of legends. In three seasons (2009-2012), the man known almost universally as “Turk” guided the Sea Dogs to three consecutive Jean-Rougeau Trophies, awarded to the QMJHL’s top team in the regular season, and to President Cups as playoff champions in both 2011 and 2012.

However, Gallant’s greatest highlight from his time in the Port City came in 2011 when the Sea Dogs captured the Mastercard Memorial Cup, the first ever club from Atlantic Canada to earn junior hockey’s top prize. It’s a time Gallant still reflects upon fondly, a half decade after the fact.

“The [Sea Dogs] organization and the community were outstanding to [the coaching staff],” Gallant recalls. “They let us do our thing and made it a joy to come to the rink everyday. My time in Saint John certainly made me a more confident coach.”

One of Gallant’s assistants during his time with the Sea Dogs, as well as the club’s General Manager, was Mike Kelly. Together, they guided their players to three consecutive 50-win seasons in Saint John, the only club in QMJHL history to accomplish such a feat. Kelly, the QMJHL General Manager of the Year in 2011, remained with the Sea Dogs into the 2013-14 season before eventually reuniting with Gallant; first with the Florida Panthers, and now again with the Golden Knights. No matter which bench the duo stand behind, success typically follows; a fact that has not gone unnoticed by Gallant.

“Of course, we know each other very well,” Gallant noted. “He knows my systems and we both know what we want. He’s a guy our players really respect. He does a lot of the “grunt work” for our team, running practises and working with all of our coaches. It’s nice to know if I’m not at the rink for some reason, guys like Mike are there making sure the work gets done. I never worry about that.”

One thing that has never waivered for Gallant since his time behind the bench in the Q has been his approach to the game. With “Turk”, who will be stepping behind the bench to represent the NHL’s Pacific Division at the 2018 NHL All-Star Game in Tampa, Florida, there truly is no big secret. Ask him the biggest reasons for the success of the Vegas Golden Knights and the answer seldom, if ever, differs.

“Mike [Kelly] and I haven’t changed our style,” Gallant summarized. “We put our plan in place and thankfully it’s worked. We play a fast, competitive, hard-working type of game. You have to nowadays in the NHL. It’s been a lot of fun.”