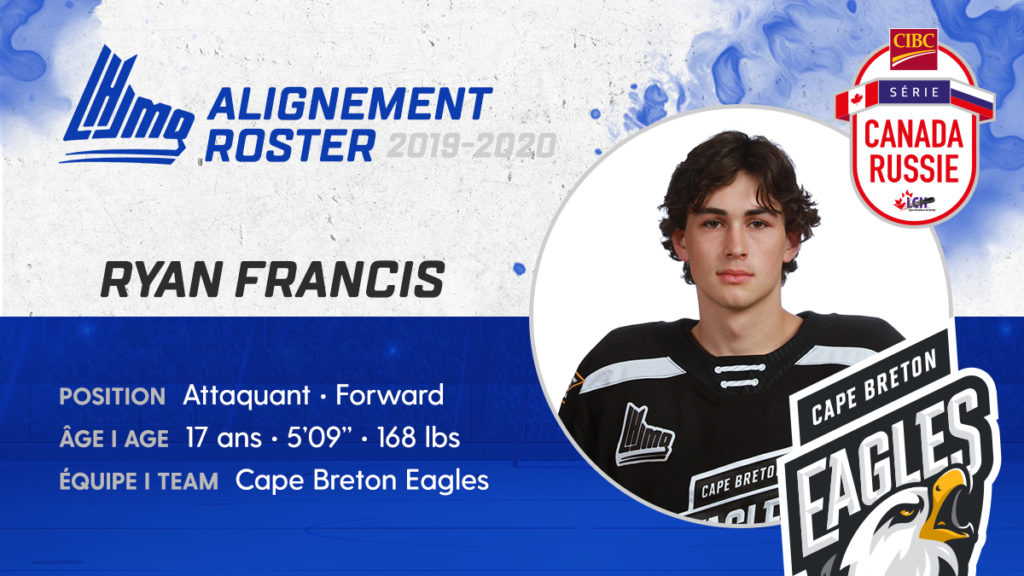 The Quebec Major Junior Hockey League, in association with the Canadian Hockey League and Hockey Canada, announced today that forwards Ryan Francis of the Cape Breton Eagles and Samuel Houde of the Chicoutimi Saguenéens have been added to Team QMJHL for the 2019 CIBC Canada Russia Series.

Both players were called in as reinforcements after injuries prevented Hendrix Lapierre (Chicoutimi) and Mathias Laferrière (Cape Breton) from participating in the series.

Francis has an outstanding  season so far in 2019-2020, sitting in fifth place for most points in the league  with 11 goals and 21 assists in 17 games played. In Week 3, he was  named the Ultramar Player of the Week. Last year, the native of Beaver Bank, Nova Scotia collected 32 points in 64 games, including 22 assists. The 5’09” forward was drafted by the Cape Breton Eagles in the second round, 21st overall, of the 2017 QMJHL Draft.

As for Houde, the Montreal Canadiens prospect is on the right track to surpass his 2018-2019 production. A fifth round selection by the Habs in 2018, Houde has already collected 23 points – 10 goals and 13 assists – in 15 games this season. The Blainville native ended the 2018-2019 season with 16 goals and 27 assists in 64 regular season games. Drafted in the first round by Chicoutimi in 2016, Houde represented  Canada  at the 2016 World U-17 Hockey Challenge.

The 2019 CIBC Canada Russia series is proudly supported by the title partner CIBC and associate sponsors Kia Canada, Cooper Tires and Kubota Canada.  All games will be broadcast nationally on Sportsnet and TVA Sports. 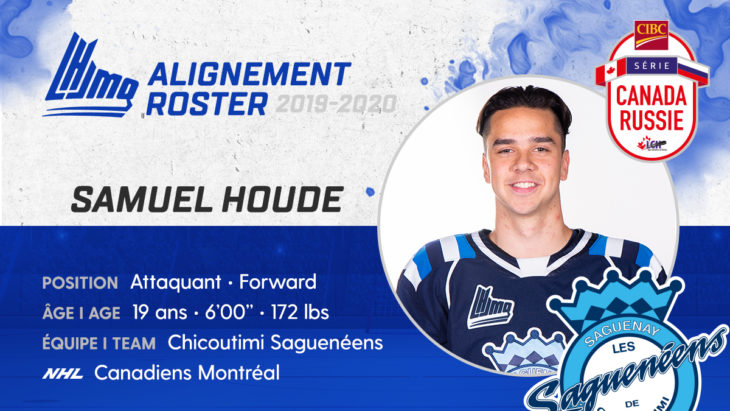