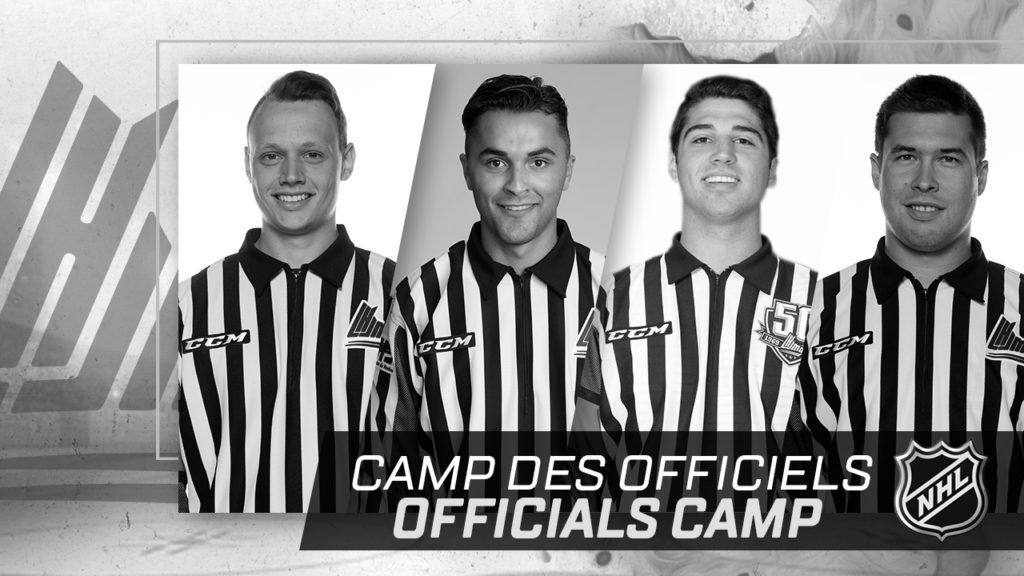 The camp was held last weekend (October 17-20) in Toronto. The camp’s primary objective is to grow the partnership with the NHL Officials Committee in order to further the development of active Canadian Hockey League officials.

The officials were instructed by current NHL referee supervisors. The workshops allowed major junior referees and linesmen to receive valuable feedback during OHL games while helping the NHL add to its potential recruitment list.

Additionally, CHL officials had the opportunity to hear from guest speakers and participated in on-ice sessions.

Here’s the list of QMJHL officials who participated in the camp: