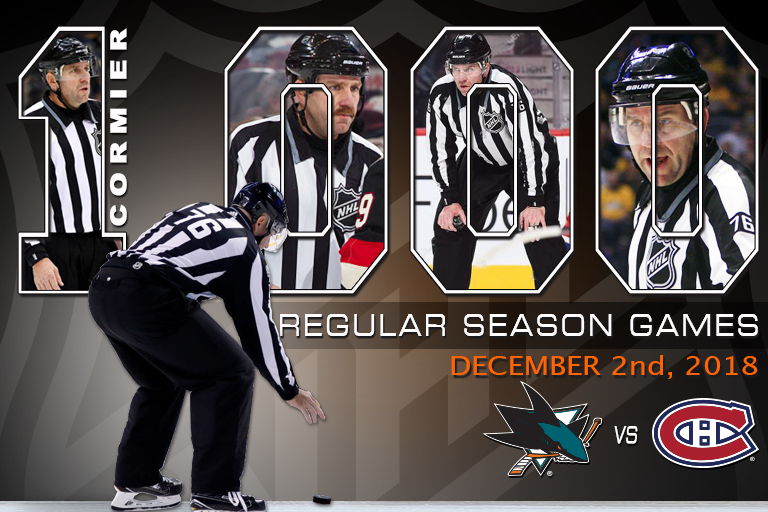 For this game, he was accompanied by ex-officials of the QMJHL; referees Marc Joannette and Frédérick L’Écuyer, as well as linesman Pierre Racicot.

Before joining the NHL ranks, it’s the QMJHL that was privileged to count on Michel Cormier Jr.’s outstanding work. Beginning in 1997-98 and ending in the 2002-03 season, he will have worked a total of 257 games in the regular season and playoffs.

The Trois-Rivières, Quebec native also worked during the 2003 Memorial Cup tournament that was held in Quebec City.

The QMJHL would like to recognize Mr. Michel Cormier Jr.’s recent accomplishment, obtained during 16th season in the NHL. He is a proud representative of the QMJHL at the professional level and the QMJHL’s directors, members of the Officials committee and all referees would like to take this moment to congratulate Mr. Cormier Jr. on his feat.