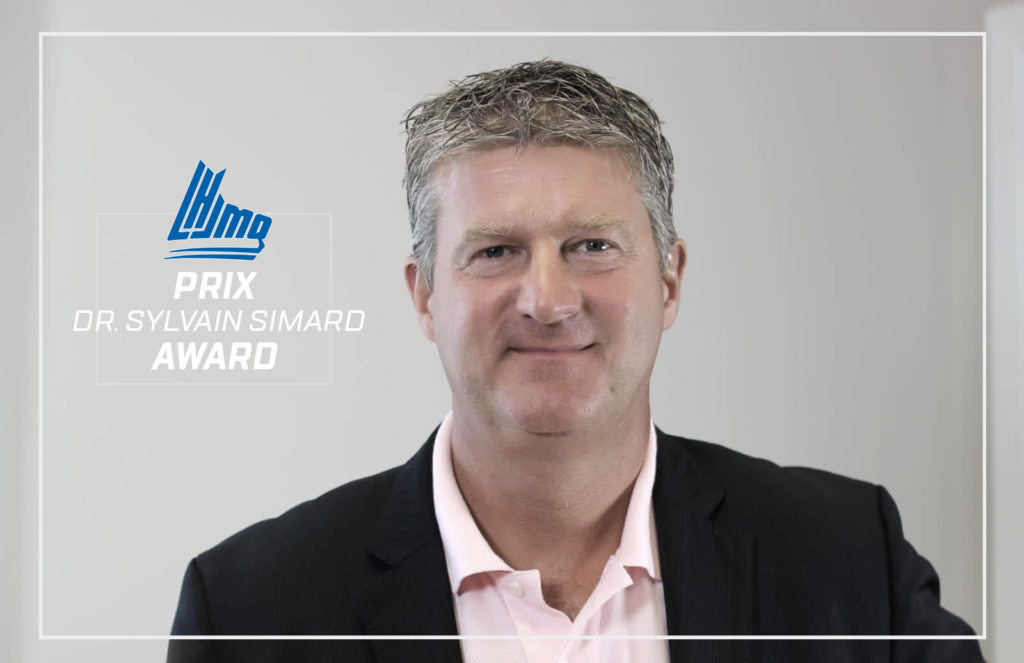 The Quebec Major Junior Hockey League is proud to announce the creation of a new scholarship for natural science student-athletes that will be named the “Dr. Sylvain Simard Award”, in honor of the former QMJHL player and current Doctor of the Chicoutimi Saguenéens.

Born in 1964, Dr. Sylvain Simard is a QMJHL alumnus and general practitioner. He played four seasons in the league with the Chicoutimi Saguenéens and the Shawinigan Cataractes in the early 80’s. A first-round pick of the Sags in 1981, he posted no less than 93 goals and 197 points in 189 regular-season games. Following his junior career, he pursued his education at McGill University, where he obtained his doctorate in 1991.

Dr. Sylvain Simard is committed to the education of our student-athletes. Through the QMJHL Foundation, Dr. Simard will sponsor three students involved in natural science programs such as mathematics, chemistry, biology and physics. The grants he will hand out will be broken down as follows:

“I am extremely proud to see our alumni get involved and give back. I would like to thank Dr. Simard for his outstanding support as we continue to grow our scholastic program through the QMJHL Foundation to the benefit of our current and former players,” said League Commissioner Gilles Courteau. “The QMJHL is a school of life where our student-athletes get an opportunity to learn from the best coaches in order to graduate to professional hockey. But it is also a stepping stone to other very rewarding careers, much like it was the case for Dr. Simard and for thousands of our former players.”