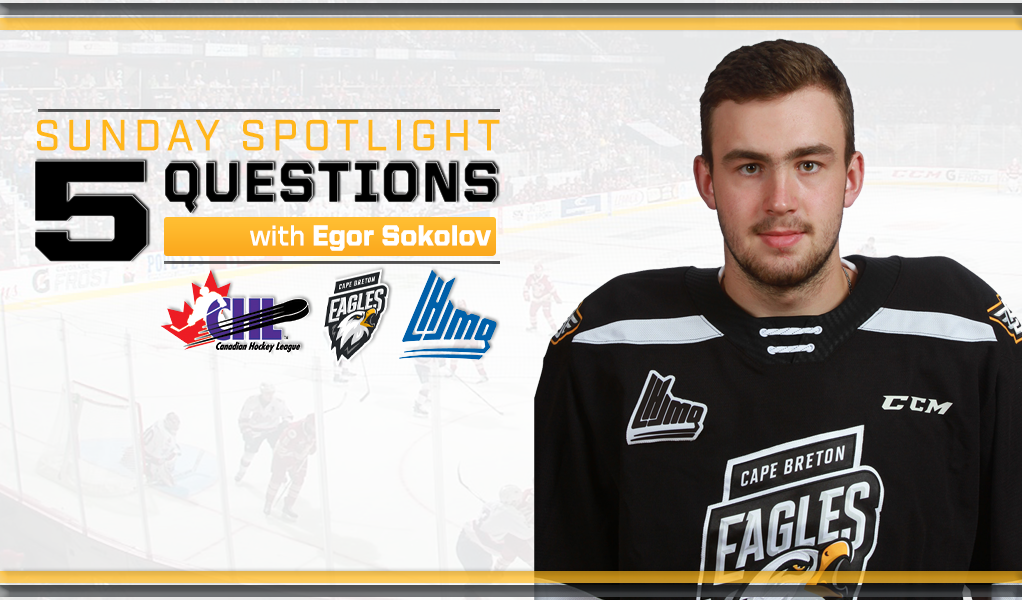 It’s been quite the year for Egor Sokolov and the big Russian sniper for the Cape Breton Eagles isn’t done yet.

The 6’4”, 231lb, forward, is currently third in QMJHL scoring with 73 points in 40 games with a league-high 38 goals headlining the league’s hottest team with wins in 14 of their last 15 games setting a new franchise record with 12 straight victories on home ice.

Sokolov’s 38 tallies is also the most by an Eagles import with 14 of them scored in 10 games after a silver medal performance at the IIHF World Junior Championship.

The 19-year-old has also played his way back into the conversation for the NHL Draft appearing at number 94 in NHL Central Scouting’s Midterm Rankings after being passed over during his first two years in Cape Breton.

Sokolov recently chatted with the Canadian Hockey League about his season and his team’s strong play to start the second half.

I worked pretty hard during the summer, and the new coaching staff has really helped bring my confidence up.

It’s really fun because it’s such a good group of guys and we’re just having every day at the rink.

I’m just a power forward who can shoot the puck and score some goals.

It was an amazing experience and I will never forget it.

The 5 Questions Series appears every Sunday.