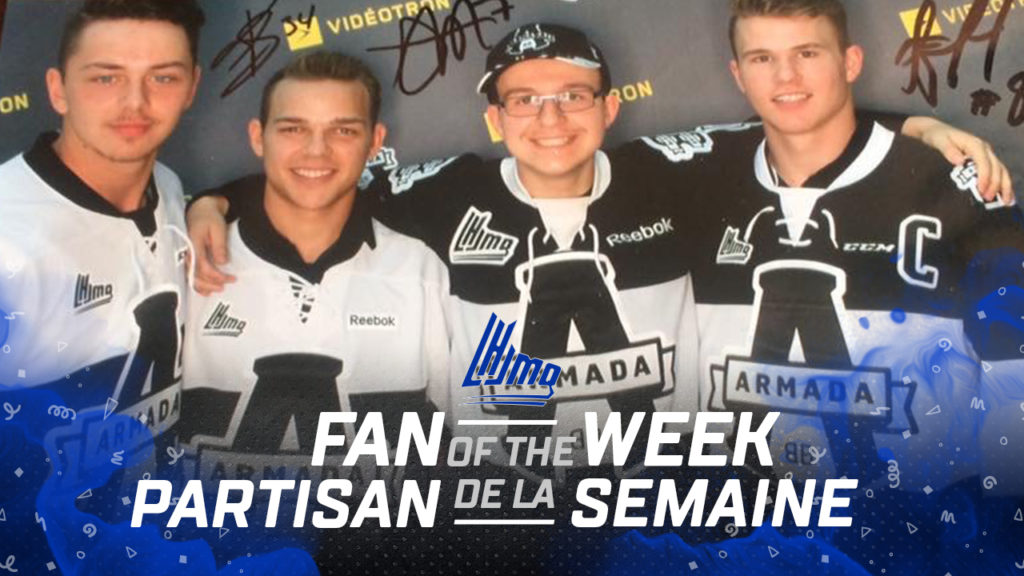 Philippe’s love story began with the Montreal Junior hockey team, when his grandfather used to take him to games at the Verdun Auditorium, back when he was barely 10-years-old.

As faith would have it, the team eventually became the Blainville-Boisbriand Armada, and its home rink would move to Boisbriand, the city right next to Phillipe’s hometown of Ste-Thérèse.

In the first few years following the team’s move to Montreal’s North Shore, Philippe would accompany his grandfather to home games. But for many years now, he’s had his own season ticket (for a seat that has his name on it) and he never misses a game. Never. Don’t even bother asking Philippe if he’d like to catch a Habs game at the Bell Centre if the Armada is playing at home on the same night! 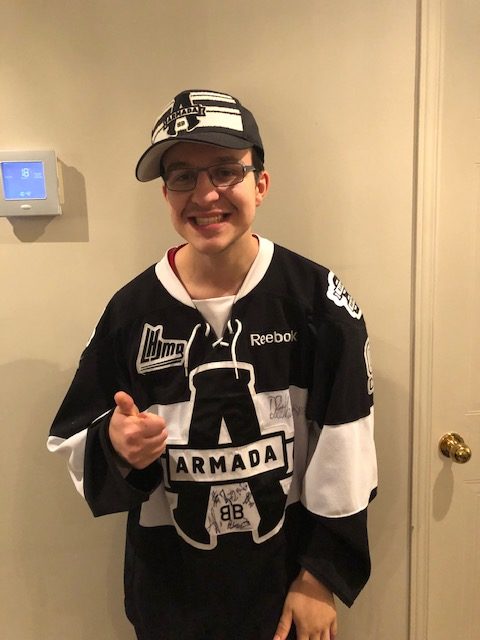 When the team is on the road, Philippe always tunes in thanks to the QMJHL webcasts. And on many occasions, he hops in the car with either his grandfather or his dad and they travel for road games (in Quebec, Gatineau, Victoriaville, Drummondville, Sherbrooke, Shawinigan and Rimouski).

Whether he’s at the rink of following from home, Philippe also makes sure to always wear the same jersey that his favorite team is wearing for that game; no matter if they wear their black, white or grey jerseys, Philippe has them all.

He also shows up every year for the Armada’s training camp, at the Rookie Challenge, the Excellence Challenge and even at the QMJHL Entry Draft. He knows most players who suited up for the Armada and they know him well also. As a matter of fact, his admiration for former goaltender Samuel Montembeault even turned to a friendship. After games, whether it’s at home or on the road, you can always spot him chatting away with the Armada players. He’s usually around for their off-ice pre-game activities as well. 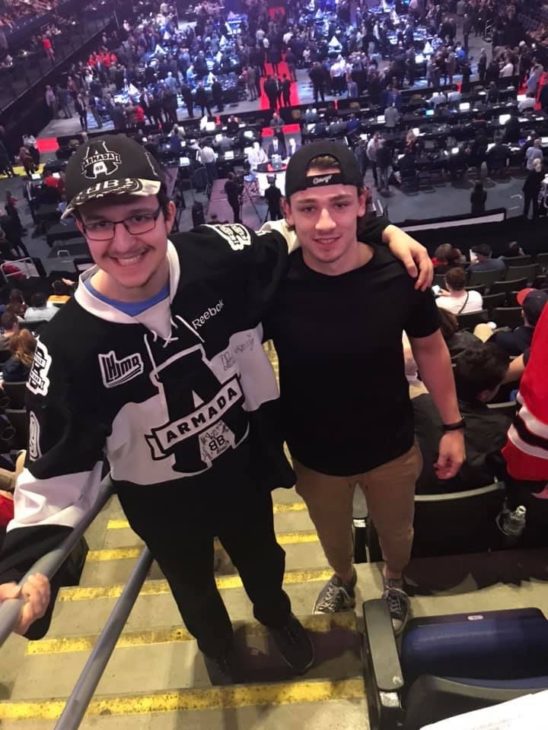 A few years ago, Philippe had an internship of a few months where he was charged with cleaning and looking after the Centre D’Excellence Sports Rousseau, the Armada’s home rink.

His passion for the Armada has been inspirational and even led him to personally join a team of his own, Laval’s “Les Différents” hockey club.

In other words, Philippe is the Armada’s true number 1 fan! 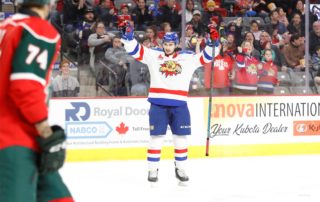 Rimouski Océanic player of the week
Ultramar Player of the Week | Alexis Lafrenière (February 17, 2020)
15 hours ago